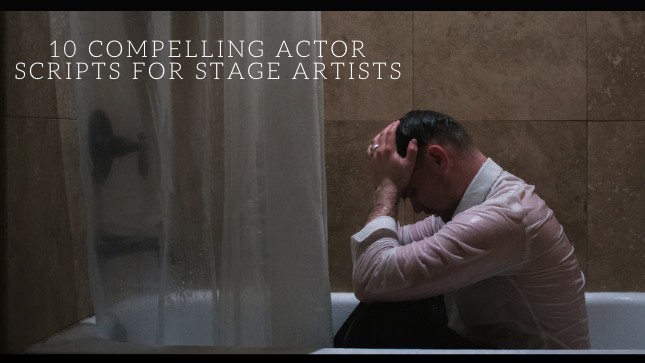 MADE TO THE CORE
Phebe has just found out that her father has died, which has caused a major shift inside of her, helping her realize that her life needs to change before she remains permanently trapped in her current life.

TO WHICH HE REPLIED
A go-kart acts as a symbol between these two neighbors egos when it comes to social class.

THE GOLDFISH
After Cameron received his Aunt’s inheritance, he hasn’t stopped partying and because of it he stands to lose the woman he was planning on marrying, his job, his truck and himself.

WONDERLAND
Lexi comes to Ronda’s aid in order to prevent her from going back to dance at the club for Vinny.

PEANUTS ON THE DOLLAR
Chester speaks privately with his good friend about how he can get a gun in order to help pay for his mother’s lifesaving surgery.

BETTER DAYS
Miles talks to the motel manager about whether or not he can have access to his room, even though he doesn’t have the money he owes.

THE TOY TRAIN
A father wishes upon an elf he meets at a train station in hopes of making his son’s Christmas the very best it can ever be.

STARS OF THE DESERT
Harry indirectly instructs his son to go out into the world and pursue his dreams, no matter how much longer he has left to live.

ONCE IN A RIVER BLUE
Willy Boy tries to convince Solume that he isn’t the guy people make him out to be in town.