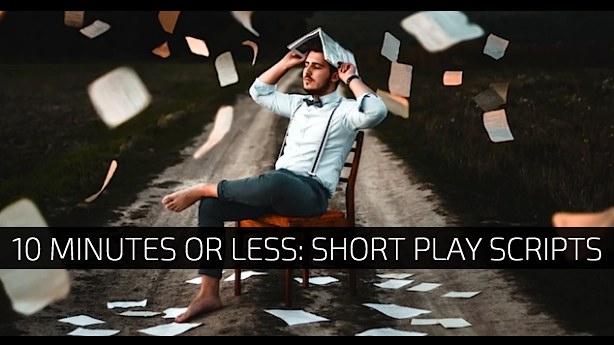 10 Minutes or Less: Short Play Scripts for acting practice with free monologues for men and women with a running time of 5-10 minutes. Comedy/Drama.

DAMAGED GOODS – Edmund and Avy are quick to build a friendship while attending a fashion show. serio-comedy

FRONT ROW SEATS – Joe and his girlfriend are on a date to see a play but the problem is that Joe is lactose intolerant and needs a bathroom immediately just as the show is about to start. comedy

CHOICE IN THE MATTER – a period piece featuring two women, Patricia and Cheri who are on the verge of losing friendship because Patricia shared a business secret with her husband. drama

A REASONABLE PLAN – Shabe is being forced to commit a murder and does all that he can to remove himself from the situation. drama

MISTER MUTE – Harley drops in on family unexpectedly in order to start a new life for himself but things may not go as planned. serio-comedy