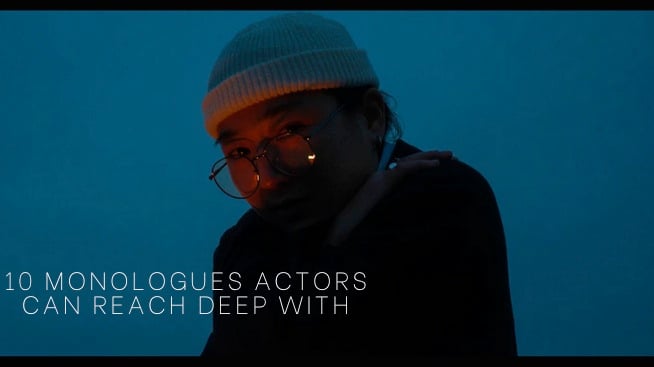 10 Monologues Actors Can Reach Deep With offers monologue suggestions for actors who are looking for drama heavy content.

10 Monologues Actors Can Reach Deep With

HULLABALOO
Maggie no longer has the answers as a mother when it comes to her troubled teenage son.

LAND OF THE FORGOTTEN
George, once a former architect an now homeless, meets a young woman named Kim who also happens to be a budding architect.

TREAT ME NICE
Corinne doesn’t get along with her mother and all she secretly wishes is that they can both get along and maybe even be friend somehow.

CHECKING IN
After his mother dies, Robert seeks out his father, after not seeing him since he was abandoned as a child.

STAY THE NIGHT
Wilkins shares a story about his past that alarms the woman he’s seeing.

MORE WAYS THAN ONE
Porterfield gets brought in to his principal’s office for bad behavior which may cause him to be expelled.

SHRINKING VIOLET
All Dabney wishes is for his son to one day take over the family business, but his son is nothing he could want to take over the reins of his company.

DISTANT MEMORY
Jessica and her boyfriend try to overcome the horrible life of living in an apocalypse.

EVEN THE COLOR BLUE
Johan wants to come out to his dad but when he learns of his father’s illness, things get extremely difficult.

NO HARM NO FOUL
Two friends mourn the loss of their best friend and make discoveries about one another.