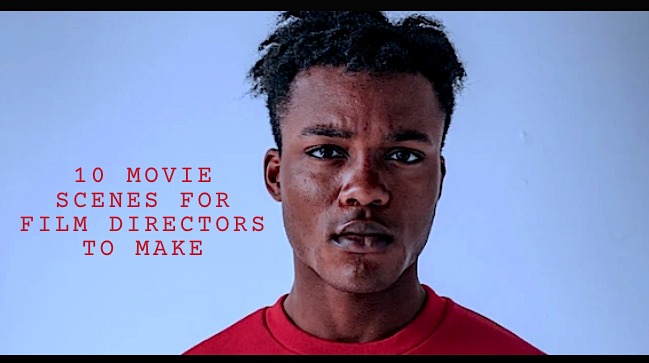 10 Movie Scenes for Film Directors to Make are short play scripts that may be adapted to the screen as short films.

“Can I make a confession?” from SIREN IN THE NIGHT
Crystal is a teenager living on the streets panhandling to survive when she bumps into her best friend’s father at a gas station.

“Train will be here soon…” from BACK TO LIFE
Two people fall in love over the course of summer but due to serious circumstances are forced to separate.

“Aren’t you going to try your eggs?” from TREAT ME NICE
Corinne works hard to care for her ailing mother but never receives any love or appreciation.

“Do you know how you’re getting home?” from HIGH PLACES
One night at his college campus Harrison meets and falls for a young woman named Tiffany.  Harrison finds out that Tiffany isn’t who she claimed to be and locates her in the lower class part of town to discover her true story.

“How did you find me?” from CHECKING IN
Rob must honor his promise to his deceased mother to find his father and make every effort to form a connection with him. 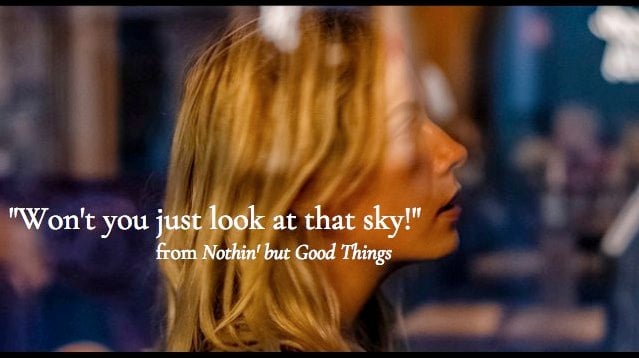 “Won’t you just look at that sky!” from NOTHIN’ BUT GOOD THINGS
Betty Sue picked up and left years ago to pursue her dreams of being a singer.  Having returned back home she spends time with her former boyfriend (now married) to patch things up.

“You haven’t changed one bit.” from SCRATCHING THE SURFACE
Former lovers Ellen and Ouzo come together again when Ouzo visits Ellen at her art gallery exhibition.

“Is this both prescriptions?” from FADE TO BLACK
Gram is a grumpy, not so healthy man with two sons who would like to see him dead so they can use the house to start and bed & breakfast business.

“Our town is the pits.” from ACID TASTE
Three teenage girls go out to their local lake which is toxic when one goes out for a swim on  a dare and may never come back.

“What do you do for a living?” from OVER THE MOON
Lucia has had many dates prior to going out with Arnold but Arnold seems oddly different.