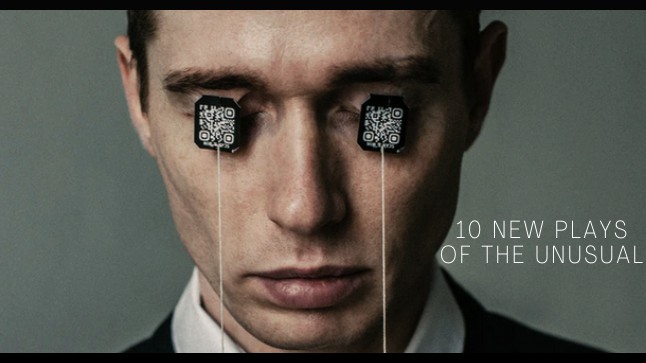 10 New Plays of the Unusual

THE DATA EVALUATION
Gerald Reynolds gets asked to visit his manager’s office, only to find out that he is getting fired due to the performance data that’s been measuring his work ethic.

UNDERWHELM
Wilma’s life has become boring and routine until a co-worker offers her an intriguing way out in New York City’s Chinatown.

THE ACHIEVER
A short play taking place in the future where The Achiever is about to leave on a mission to try and save the world.

OVER THE MOON
Lucia is on a first date with the most intriguing man who claims to be from a different time in history, except what he claims is actually true.

THE WINDOWSILL
After Jimmy’s parents die in an accident, his Uncle Fritz becomes his legal guardian but Jimmy tries to convince his Uncle that he still sees his parents when he looks out his window.

LITTLE FISH
Bryan and his wife examine the life and surroundings they inhabit, while trying to figure out a better way forward.

VOICES IN THE TREES
Marina fights back after her brother pokes fun at her, when all she wishes is for her family to take her more seriously.

BURDEN OF BEING TAKEN
Baker returns home after fighting in the war only to find his family life turned upside in addition to his already worsening mental strain.

HEADBABY
Rendall is literally a talking head inside a laboratory and demands to be put back together again.

LITTLE CREATURES
Abby has a hobby making puppet dolls that she talks to because they are her friends and because they talk to her as well.