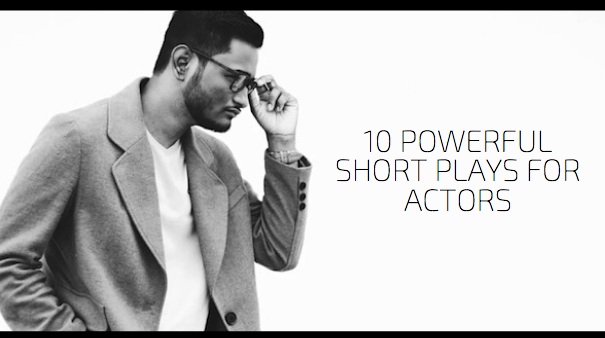 10 Powerful Short Plays for Actors are drama/comedy pieces you may use for scene study, workshops, acting class and acting practice in general.

These are scenes for two people and cover topics on health, manipulation, friendship, entrapment, courage, chance and more.

You are also welcome to film yourself and develop your own creative project from these play scripts.  So long as they are non-commercial projects, you are free to get as creative as you desire.

PLAYING GAMES
Lillia meets her boyfriend at a park after catching him kissing another girl.

EDIT OUT THE SAD PARTS
Carl talks to his wife about a memory he has of saving a mouse trapped in a cage.

DAMAGED GOODS
Edmund and Avy are quick to build a friendship while attending a fashion show. serio-comedy

APRIL AND JAN
April and Jan are two good friends who have been growing apart and Jan confronts April about it.

FRONT ROW SEATS
Joe is lactose intolerant and is in need of the bathroom right before a broadway play is about to begin.

END OF THE ARGUMENT
Kelly feels trapped in her own home and Jim is frustrated and confused as to what would make her happy.

CHOICE IN THE MATTER
Patricia and Cheri have what could be a final confrontation over an incident that took place by mistake.

A REASONABLE PLAN
Shabe comes from a well to do family but is cornered into committing a crime he doesn’t wish to commit.

MISTER MUTE
Harley decides to flee Vegas after causing a crime and drops in on a family member as one last chance at a new life for himself.

ACTING DIFFERENT
Cassandra doesn’t like the change of character her boyfriend reveals whenever they hang out with his friends.