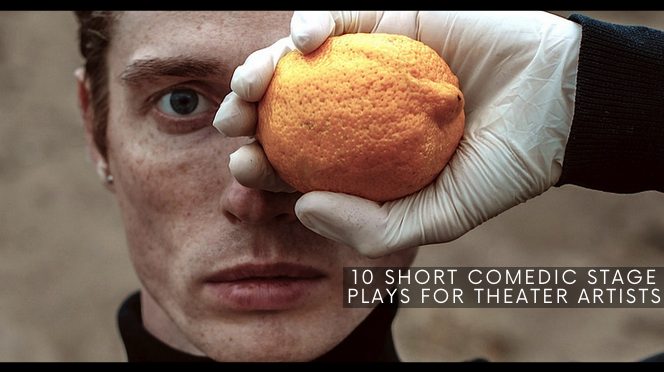 READY, AIM, AIM!
Rose can’t stand how her boyfriend still uses the toilet as if he’s still in potty training.

MELTING AWAY
Brian will do anything for the woman he loves, that includes melting under the scorching sun while tanning on the beach.

DARLING FACE
Beverly has begun to wonder if getting married and being alone most of the day while in the suburbs was really the best idea for her life.

YOU WOULDN’T BELIEVE RALPHY
Ralphy has been planning to pay off his debt to Donnie and Kelly and while on hs way to finally pay them in full, he gets attacked by a crocodile who robs him.  Seriously.

FISHIN’ FOR MISERY
This miserable bastard is so unhappy and tortured that it’s actually sadly funny.  Max is a frustrated and struggling filmmaker who desperately needs a career break.

NUMBER 23
This dude is having the strangest, most wackiest day by simply going to pick up an item at the laundry.  WTF.

UNDER THE IMPRESSION
An agent and a writer looking to land a representation..what could go wrong?

HENRY’S DONE ENOUGH
A couple argues past the voice of reason in this short comedy play about trying to get along while living together.

OVER THE MOON
A first date that is filled with magic, even though both people are from different times in history.

THE PACKAGED DEAL
Two aging acting legends try to put together a movie that they believe will be nothing short of awesome, if only they could get the financing.