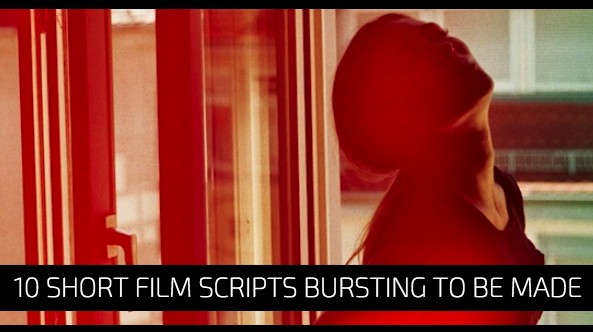 Here’s 10 Short Film Scripts Bursting To Be Made if you have the desire to make a short film based on a script you connect with emotionally.

10 Short Film Scripts Bursting To Be Made

THE LOSS OF FIFI
Sandra is suffering from the murder of her dog Fifi and strikes up a conversation with a stranger on the beach.

GHOST OF RICHARD
Alexis isn’t in love with Oscar, who she is forcefully married to do to an arrangement but her heart lives for another man she is deeply in love with who may have died in battle.

THE WAY OF THE WIFFLE BALL BAT
Mother tries to save her son when he chokes on a sandwich.

JACKSON’S FAMOUS BANANA SPLIT
Jackson and Willy Boy are two brothers running an ice-cream truck business together and who never see eye to eye on anything.

YOU ARE SAFE NOW
Davey is in an abusive relationship and after yet another physical confrontation he flees his apartment and calls his best friend to help him.

OTHER SIDE OF THE OCEAN
Ava and Tucky are two young people madly in love and completely inexperienced about basically everything regarding life…but they want to get married at all costs.

ANIMAL BOYS
Dev tries to get Isabel interested in him but his lack of intelligence and ambition turn her off and leads to nothingness between them.

TRASH TALK
Silene is already looking to call it quits on the girl she’s been dating only two months in and Darren is not fully convinced.

THE DUCK
A husband and wife have been entertaining a guest in their home who they begin to believe is going insane.

LESS SOAP, MORE BLOOD
Roma is an actress famous for her soap commercials but desperately in dire need of getting work in film, the only problem is that her agent has just one more soap commercial for her to make.