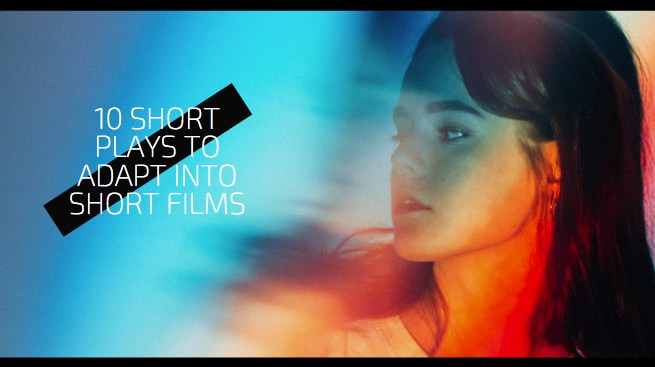 10 Short Plays to Adapt into Short Films offers filmmakers and creators alike to use Monologue Blogger scripts for non-commercial projects.

Here are 10 new 1 act play scripts we feel have great potential when it comes to film adaptation.

The scripts shared here are really good for modest budgets, scripts that are mostly one location based with two to four characters at most.

We encourage you to read through our scene and monologue material before deciding what’s best for your own creative needs.

VIN ROGUE
A small group of young poets frequent a Parisian cafe spewing improvised poems and philosophical ideals all while being mixed up in love, lust and confusion.  2 Women, 2 Men.  Serio-comedy.

FADE TO BLACK
A father accuses his two sons of trying to kill him in order to take over his property and although they disagree with his belief, something may happen that proves him right.  1 Woman, 3 Men.  Drama.

NUMBER 23
Cal encounters a weird event from the dry cleaners when he tries to pick up clothing that seems to have been thrown out due to blood stains that never existed prior to his original drop off.  1 Woman, 2 Men.  Surrealistic. Comedic.

THE ATTIC
A stranger named Onya arrives at a woman’s home to be given room and board as compensation for caring for the house.  2 Women, 1 Man.  Drama/Absurd Drama.

CHECKING IN
After being abandoned as a toddler by his father, Rob locates his biological father after his mother has died because of his promise to her that he will make amends.  Family Drama.

HIGH PLACES
Harrison seeks out Tiffany, a girl he met who isn’t from his campus and finds her working at a restaurant where he tries to reconnect with her but she isn’t willing.  1 Woman, 2 Men.  Teen Drama.

FACING THE SUN
Two soldiers out of three are still alive but stuck on top of a snow mountain after a battle.  They wait for aid to arrive and try to survive before there time runs out.  3 Men.  Military/Friendship Drama.

HONEY COMES FROM BEES
Earl has returned home after going missing for five years.  His mother Lora is left to take care of him and bring him back to who he once was.  His brother Seamus isn’t sure that’s possible.  1 Woman, 2 Men.  Drama/Family Drama.

NO SHADOW CAN TOUCH
After suffering a career changing injury, Rick must try to figure out how he will continue to take care of his family.  Drama/Family Drama.

BOUNTY OF THE SUN
This is a period drama that takes place on a coastline between two samurai warriors.  2 Men.  Drama/Period Drama.