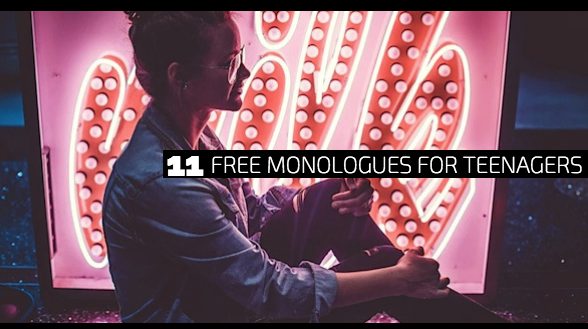 11 Free Monologues for Teenagers is a collection of pieces for teen auditions and video projects covering comedy/drama for girls and guys.

PROTECTIVE SHIELD
Rita always seems to put everyone else’s well being before her own.

THE OUTCOME OF DESIGN
Jeffrey likes discussing the deeper aspect of life and meaning.

CHECKING IN
Before Rob’s mother died he promised her that he would find his biological father and try to form a relationship with him again.

THE PIT OF MY STOMACH
Nina has never known what it’s like to have a normal upbringing because of her father’s criminal activity.

SINCE CHILDHOOD
Zoe tries to get out of her friendship with her best friend because she has fallen in love with him.

DARK SIDE OF MY MOON
A competitive basketball player confesses to his brother that his ambition sometimes scares him. 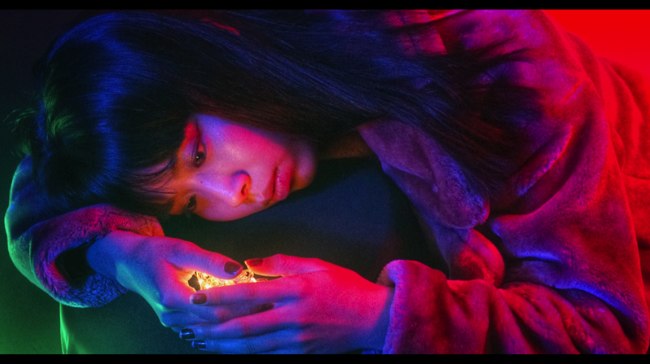 COVERING DISTANCE
A teenage runaway meets a stranger on a train and the two form a friendship.

DUST IN OUR EYES
Dean opens up to his friend about how he wants more out of life without settling for a boring existence.

ROSE TO ASH
Aggie has never had it easy being raised by her uncaring uncle and in this monologue she expresses how she feels.

OTHER SIDE OF THE CHASM
Chad has always been forced to be a loner and talks to the only person who has ever accepted him for who he is.

SHADOWS OF MY MIND
Naomi’s aunt tries to come to her aid while she deals with depression.