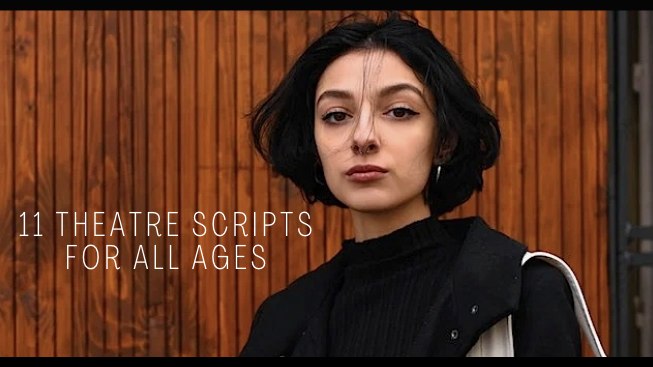 11 Theatre Scripts for All Ages

GRACE PERIOD
Burt and Ralphy are both quarantined in their apartment during a pandemic.

MORE WAYS THAN ONE
Porterfield hears his name over the loudspeaker to come to the principal’s office for bad behavior.

SHRINKING VIOLET
Dabney and his wife Harlotte discuss their son Jacob because the family is in stitches over what to do about Jacob’s future.

ONE-WAY CONVERSATION
Bella finds it hard to receive love and support form her mother and she finally opens up to her about how she feels inside.

DISTANT MEMORY
Jessica and her boyfriend Brian have been stuck at home for quite some time.  They are living during an apocalyptic circumstance where they must avoid going insane or dying.

LOCAL GUY FROM THE NEIGHBORHOOD
Jack teases his neighbor Phil about being a rotten dad but when he meets Phil’s daughter, his world lights up.

NO HARM NO FOUL
Cuddy and Dean sit at the wake of their best friend and during their difficult time make discovery’s about one another.

WASTED TALENT
Donnie shares his story of losing his best friend to suicide.

THE BEAR
Tiffany needs to learn how to find the inner strength to put herself first.

JEF
Due to tragic events, Landia lost the man she was meant to marry.  Since then, she has purchased a humanoid identical to her ex and it may not be the brightest idea.

DARK PLACE
Jeffrey used to be an actor.  During a late night rehearsal, he got into an argument with his director which caused them to get physical, whereby he stuck a pair of scissors into the director’s neck, altering both their lives forever.