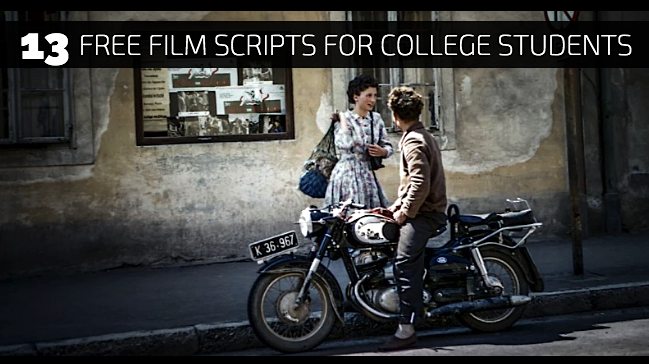 Film students around the world have made short films that have been accepted to film festivals and gone on to win awards.

Using MB’s free film scripts gives up and coming as well as established filmmakers the opportunity to collaborate and grow in their craft.

MB maintains thousands of monologues and scripts on the site all free to use for non-commercial and educational purposes.

The 13 free film scripts shared below are a combination of drama and comedy pieces running anywhere from 5-10-15 minutes each, depending on your adaptation of them.

ONCE IN A BLUE MOON
When the criminal minded play life and death with one another and there can only be one victorious.

LAUNCH DATE
Mr. Tandum confides in his butler Bennett to go along with a scheme to help see him get launched into space by way of a rocket. (comedy)

BOTTOM OF THE STAIRS
Mr. Chesterfield has arrived back home from his business trip, only to discover that his wife has become mentally unstable. (drama)

EAT BERRIES AND DRINK WHISKEY
A journalist goes through the motions as quickly as possible to give high news praise to a woman who is the oldest living person alive on Earth. (comedy)

ALDERONA
Alderona comes from a family that has superpowers meant to protect human lives.  The only problem is that she isn’t so sure she wants to dedicate her life to helping others. (scifi drama)

ZERO VISIBILITY
Louise and Arlene are stuck in a car during a major snowstorm. (serio-comedy)

BASKET CASE
A mother and daughter battle the elements of the world and living together. (comedy)

LESS SOAP< MORE BLOOD
Roma shows up at her Agent’s office unhappy with yet another offer on the table to star in a soap commercial. (comedy)

WAY OF THE WIFFLE BALL BAT
A mother does all she can to rescue her teenage son from choking on his sandwich.  (serio-comedy)

SUN TZU OF SELF SABOTAGE
Two miserable bastards are the best of friends and try to figure a way out of their depressing lives.

THE DUCK
Jerald confesses to his wife Meredith that he believes their mutual friend may be certifiably insane.