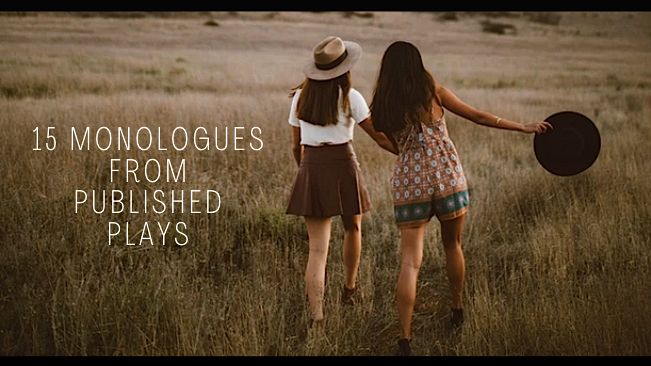 ACTING DIFFERENT
Cassandra lets her boyfriend know how she doesn’t appreciate the fact that he acts completely different in front of his friends.  It’s been getting in the way of their relationship and in this one act play, Cassandra and Robert decide if they should continue dating because of it.

POTATO HEAD
Ronda loves hanging out with her cousin Sarha but the problem is that Sarha sometimes feels inferior to the group they go out with because of her lack of money and insecurity.

PHONE CALLS
This play uncovers what women talk about when they are frustrated with the silly games that men play in the dating arena.  Meagan and her girl Natalie confront the issue head on with strong points of view.

NO COMPARISON
Does a difference in attraction make it difficult for two friends to continue their relationship?  This play explores the challenges people face in friendship when a risk of growing apart becomes a factor.

PROTECTIVE SHIELD
Rita has been experiencing inner turmoil for quite some time.  Her problem is that she doesn’t know how to be more open with people because she’s been hurt in her past.  Can she overcome this obstacle to live more freely?

THE BEAR
Tiffany has been having a wild time feeling like she is advancing in her creative path.  She comes head to head with deciding whether or not it’s truly her calling.

COFFEE TABLE
Melanie is a psycho ward patient.  Even though she is under proper diagnosis and treatment, she receives visitors from her mind that aren’t there.

BEAUTIFUL DAY
Linda doesn’t feel beautiful and never has.  She has reached a breaking point where she must find a way to be happy.  While strolling along in a park and when she least expects it, a stranger opens her eyes to her own inner truth.

TWO SHADES AWAY
Melanie has always wanted to be a professional dancer growing up.  But life has gotten in the way and she quit.  Her friend gets in the way and tries to steer her back to what makes her happiest.

SHADOWS OF MY MIND
Naomi has her struggles with love and her Aunt comes to the rescue by sharing her own stories of the heart.

PAY ATTENTION
Linda makes the painful discovery that her man has been cheating on her with her friend.

I CAN’T WIN
A mother and father try to figure out their best approach with their daughter’s boyfriend, who they are not crazy about.

JASPER THE WHALE
Charlie has reached his final day of life and in a flash uncovers and discovers it’s deepest truths.

BURDEN OF BEING TAKEN
A family is torn apart by war in this surrealist dark comedy.

TRUE CALLING
Charla knows that her friend has not been happy within herself for the longest time and she fears that it will ruin her life because she knows what’s causing the problem.