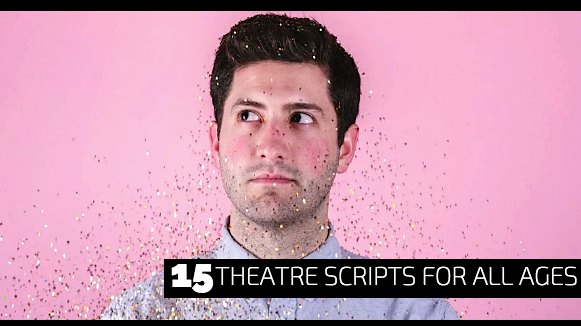 15 Theatre Scripts for All Ages shares a collection of short play scripts for actors/creators/directors who wish to practice their craft.

15 Theatre Scripts for All Ages

NO HARM NO FOUL
Cuddy and Dean show up to their best friend’s wake and learn new things about one another from past memories.

EVEN THE COLOR BLUE
Johan visits his parents in order to come out but his mother doesn’t want him to because he learn that his father is dying.

COME WITH ME, BACK HOME
Daz gets called by the bar owner of a local bar to come and pick up his drunkard mother.

WASTED TALENT
Donnie revisits the loss of his friend through his mind.

ONE-WAY CONVERSATION
Bella is hurt and annoyed by her mother’s lack of love and concern for her well being.

DARK PLACE
Jeffrey is a former actor who stuck a pair of scissors in his director’s neck and now lives inside a mental institution.

VENOMOUS IMPULSE
Daughter and father battle it out in the kitchen of their home when things go too far.

THE SIGNING
Eliza has been heartbroken when asked to sig a prenuptial agreement.

SHOW ON THE ROAD
Coby has the world on his shoulders and begins to show his cracks when getting visited by his gangster uncle.

DON’T LEAVE ME WITHOUT MUFFIN
Ginger is in the process of running away from home when her mother catches her.

THE MONSTER
Byra is destroyed over the fact that her best friend Ramsey tried to force himself on her.

WHEN THE COOKING IS DONE
Marza is smiling today because she finally decided to put her own life first before everyone else.

THE LAST TIME
Wendy hasn’t seen her father in years but on this very day she gets a visit because he needs to borrow money…as usual.

BEFORE THE LIGHT WENT OUT
Samuel waits outside the hospital in the snow while his mother dies.

THE WOEBEGONE
Lex and her boyfriend Ray are at the beach waiting to meet a stranger in order to sell camera lenses.