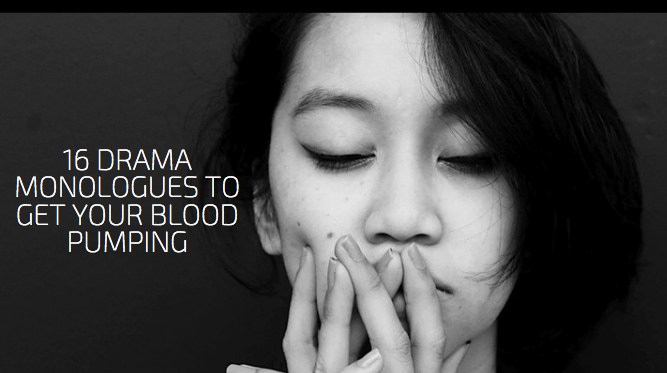 16 Drama Monologues To Get Your Blood Pumping offers actors age 18 and up, powerful drama pieces from Monologue Blogger’s published plays.

16 Drama Monologues To Get Your Blood Pumping

THE SIGNING
Eliza has been engaged for little over a year and is all set to marry the man of her dreams when he suddenly hands her a prenup to sign.

THE CHAIN OF HEREDITY
On the night of Gregory’s birthday, his ex-wife visits him alone to celebrate and the two embark on a conversation about how they could have been better parents.

INTO THE COLD NIGHT AIR WITH YOU
Linda spy checks on her boyfriend to see that he’s been cheating on her with a woman she knows.

CHECKING IN
Rob’s mother has recently died and before her death she made him promise to find his father and work on their relationship.

NOTHIN’ BUT GOOD THINGS
Betty Sue has returned to her home town after failing to get her music career off the ground.

BEFORE THE LIGHT WENT OUT
Samuel had a difficult relationship with his mother and on the final moments of her life, he found himself unable to be at her side.

SAFE PLACE
Elaine decides to protect and take care of a boy she knows is getting abused. 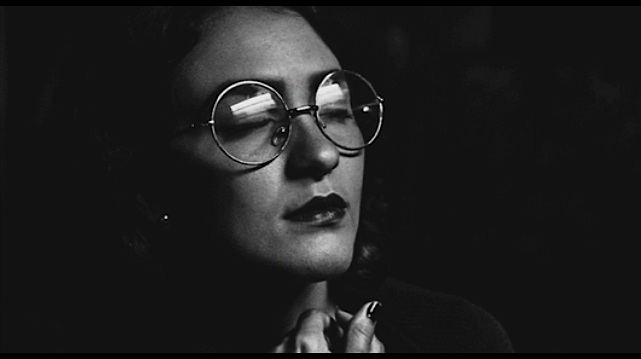 TOAST OF BROADWAY
Charlie is a wannabe writer who loves to gamble and drink and his girlfriend is an actress who also hits the bottle.  The two are breaking up but not without some last possible romantic hope.

WAITING IN THE WINGS
Wendy has done the unthinkable.  After her boss at the nightclub she works at tried to put his hands where they shouldn’t be, she reacted by ending his life.

HURTS WHEN IT RAINS
Frank is the younger, more troubled brother who tries to explain that he wishes to get married because he found love.

MOMMA, I’M NO FOOL
Daphne’s is on her way to meet her father for the first time in her life but not without explaining it all to her mother who is nothing but trouble.

AGATHA’S LETTER
Milo’s wife committed suicide exactly one year ago on the very day he receives a letter by courier.

THE OTHER HALF OF MADELINE
Madeline shares with her son the dark family secret that reveals the truth of how her daughter died.

A REASONABLE PLAN
Shabe is forced in a situation to commit a crime he doesn’t wish to commit.

THE LAST TIME
Wendy never had the most loving relationship with her dad and now that he shows up at her place unannounced asking for money, she reaches her breaking point.