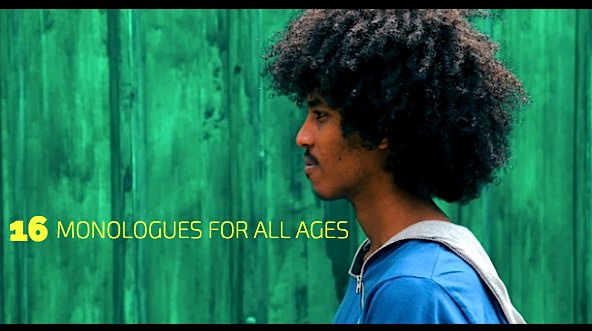 16 Monologues for All Ages is a compilation of 8 monologues each for men and women.  There are comedy/drama pieces mixed in for auditions, videos and class.

16 Monologues for All Ages

ONE-WAY CONVERSATION
Bella is isolated and ignored and doesn’t want to be treated foul any longer.

DISTANT MEMORY
A major pandemic has swept across the world and a young couple try to figure out how to survive.

LOCAL GUY FROM THE NEIGHBORHOOD
Jack bums around with his neighbor Phil making useless conversation but when Phil’s daughter shows up, Jack gets all googly eyed.

WHATEVER HAPPENED TO LUELLA BEANS?
The truth about Luella Beans finally becomes revealed with this small family unit.

THE PIT OF MY STOMACH
Nina and her dad are two hustlers moving from town to town but things have reached a point for Nina where she wants normalcy.

DOWN FOR THE CAUSE
Joselly wants a break because her boss is working her too damn hard.

THE BEAR
Ever feel like you’re neglecting your own best interests?

THE SIGNING
Eliza has met the love of her life and is engaged but when he slips her a prenuptial agreement to sigh she becomes a wounded animal.

NO HARM NO FOUL
Cuddy and Dean lost their best friend but through their mourning together they make new discoveries about who they are.

WASTED TALENT
Have you ever lost a friend to suicide?

GRACE PERIOD
A serio-comedy about two friend shacked up in an apartment during a global pandemic.

MORE WAYS THAN ONE
Porterfield and Principal Agnon make a potential deal that will make things better for both men.

SHRINKING VIOLET
Jacob doesn’t want to take over the family business but doesn’t know how to tell his father.  Therefore, Dabney (his father) and Harlotte (his mother) discuss the matter.

DARK SIDE OF MY MOON
Jobe talks to his brother about how hard he competes on the court.

DEATH OF A LITTLE MONSTER
Rory talks to give his sister condolences on losing her dog because he has a painful history with the animal.

FRONT ROW SEATS
Joe is lactose intolerant but hasn’t paid it much attention until it taps him on the shoulder right before a play goes up.