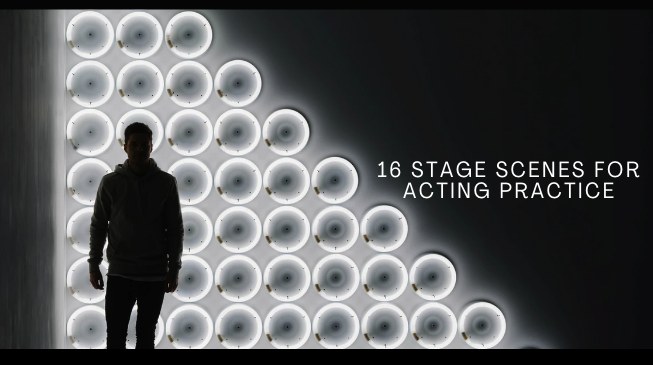 “CAN I CONFESS SOMETHING TO YOU?” from Waking Hours (serio-comedy)
Willis witnessed the demise of two birds on two different days and has been depressed over it.  He imagines it is some sort of metaphor for his own life and confesses what he’s been feeling to his girlfriend Susan.

“THERE’S A LOT YOU DON’T KNOW ABOUT FASHION” from Medium (comedy)
Derek doesn’t want to confess to Jeanine that he is shorter than what he says he is.

“I CAN’T LOOK AT HER ANYMORE” from Burning Flowers (drama)
Riona doesn’t feel she is up to the task of being a good mother and her husband tries to give her support.

“SOMETHING IN THE MACARONI BOWL MOVED” from Fungus Among Us (comedy)
Upon looking inside her refrigerator, Mara discovers that something appears to be moving in one of the food items.

“WHAT DO YOU DO FOR A LIVING?” from Over the Moon (serio-comedy)
A successful first date ends with an admission from a time traveler.

“YOU COULD GO NOW” from Momma, I’m No Fool (drama)
Daphne lets her mother’s latest fling know he isn’t welcome, all while trying to ready herself to meet her biological father for the first time.

“MAYBE YOU’RE HAVING A MENTAL BREAKDOWN OF SOME SORT?  from Ice Cream from a Window (serio-comedy)
Cathy meets a good friend at an ice cream parlor only to turn on her with sadness and anger all the while confessing that she isn’t feeling right.

“I’D LIKE TO GO AWAY” from Holding on to Time (drama)
Patricia and Morris are a father and daughter who were never very close.  Recently they have both lost (mother/wife) which has brought them closer together. 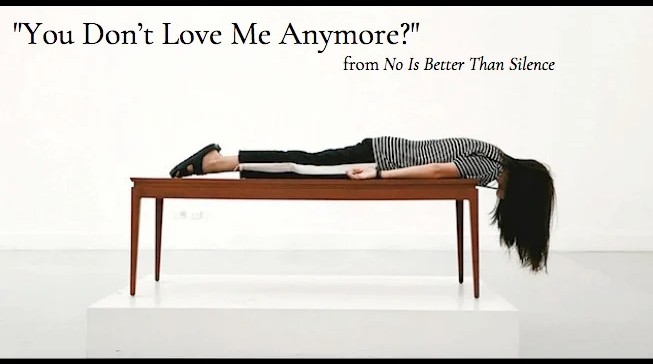 “YOU DON’T LOVE ME ANYMORE?” from No is Better than Silence (serio-comedy)
Kyra leaves Mickey and finds her own place but Mickey believe they are making a mistake, so the two discuss their issues at a local diner.

“ANYTHING CAN HAPPEN AT ANY MOMENT” from Little Fish (drama)
Bryan and Delilah won’t get used to the idea that whoever touches their backyard fence evaporates into thin air.

“EASY PEASY, RALPH?” from Grace Period (comedy)
Two roommates deal with the confinement of a pandemic.  Burt tries to fulfill contract work while Ralph doesn’t seem to care about anything.

“YOU CAN BELIEVE WHAT YOU WANNA BELIEVE”  from The Other Half of Madeline (drama)
When questioned about the truth of how his sister died, Madeline provides the details of what really happened.

“HE GOES ON THESE TIRADES” from Tirades of Pupeye (comedy)
Lester is a pub owner and tells one of his most trusted and loyal customers Archie about the strange behavior Pupeye shows each time he takes his medication.

“YOU MAKE ME FEEL NON-EXISTENT” from JEF (science fiction/ drama)
Landia has reached the difficult decision to let her humanoid know that she can no longer continue their relationship.

“I’LL MEET YOU HALFWAY” from Henry’s Done Enough (comedy)
Dono wants nothing more to do with his partner’s creepy statues.  Either he goes or the statues go.

“HAVE YOU SEEN MY GARDEN” from Mailbox Marvin (drama)
Mailbox Marvin is a serial killer who has agreed to have his own death take place by contract agreement.