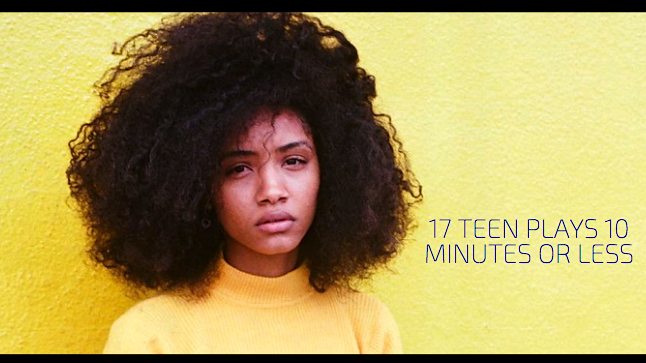 17 Teen Plays 10 Minutes or Less are shared for High School acting students (ages 13-19) to practice their craft in drama class and stage performance.

VENOMOUS IMPULSE
Reloya has become known in her family to be the one to always cause serious trouble and in this play, her father gives her an ultimatum.

ONE-WAY CONVERSATION
All Bella wants from her mother is emotional support and perhaps some friendly guidance with her passions but her mother doesn’t ever seem to be there.

AFTER-SCHOOL ACTIVITIES
LaQuisha wants to be a great track runner but her mother seems to push her too hard and her original passion for running is beginning to dwindle.

DON’T LEAVE ME WITHOUT MUFFIN
Ginger and her mother have had it rough, so rough in fact that Ginger has decided to leave home for good.

MIDSUMMER NIGHT
Chanade can’t seem to find happiness in her life, so much so that she is actually considering suicide.

THE BEAR
Tiffany simply wants to put herself first because she can’t seem to stop caring about others instead.

ACTING DIFFERENT
Cassandra takes a stand against her boyfriend for acting like two different people.

OTHER SIDE OF THE ROAD
Cindy is shocked and emotional distraught over the fact that she hit and killed a squirrel while driving to her Grandparents house. 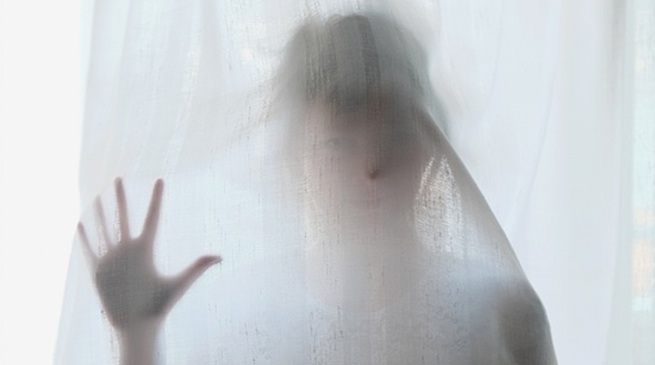 LICK MY WOUNDS
Crystal hasn’t been happy with her boyfriend and she believes that her relationship may have reached the point of breaking up.

SLIVER OF SINCERITY
Lenora and Emily are two sisters who are more like enemies.

VOICES IN THE TREES
Marina suffers from a mental illness which makes things difficult amongst her family relationship, especially with her brother who always has a wise remark against her.

POTATO HEAD
Ronda is running out of things to say in order to get the cousin her beloved cousin out of the house.

THOSE DAYS ARE OVER
Marsha and Emily are sisters who don’t get along…a terrible argument breaks out which can be the start of a better relationship.

THE NEXT CHAPTER
Emily has just moved back home after living on her own out in California for a year and when she meets her best friend, she tells him the terrible truth of her experience.

MIND TRICK
This short play explores what it means or doesn’t mean to feel normal.

PLEASE FORGIVE ME
Deep down Jesse is a good guy but he deals with drama at home and unfortunately this begins ti upset his relationship with his girlfriend.