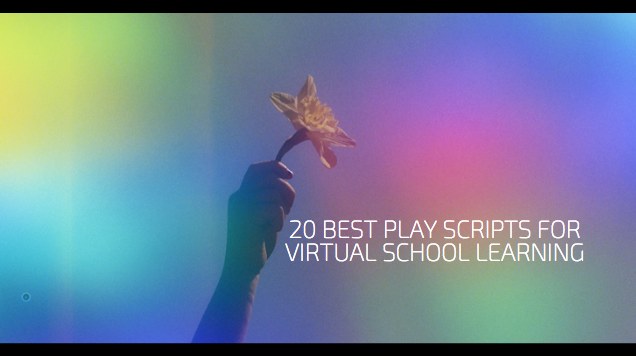 The play scripts shared here are really terrific to use because they are one location based, have minimal characters and are more conducive to online learning for drama.

SEE ME
A young actress trying to get in a good acting university can’t seem to make the grade.

NOWHERE NEAR HAPPY
Ava was born and raised into a poor family but never lacking in integrity and a hard work ethic.  So much so that she started a business while still a teenager and grew it into a successful business.  The problem now is that she wishes to take care of her family but her parents pride goes against her wishes.

SIREN IN THE NIGHT
Crystal had a difficult upbringing with no real parents.  This void within herself has caused her to rebel and runaway from home.  She’s been surviving on the streets alone and encounters the father of a friend she once had.

THE OUTCOME OF DESIGN
Jeffrey is nothing short of genius.  A teen who is already asking and answering big questions about life as we know it.

PLAYING THE VICTIM
Helena explains to her friend how she’s always been on her own in order to fight for a life for herself.

ONE-WAY CONVERSATION
Bella has a one on one with her mother over why she is always left to her own devices.  Her mother’s neglected ways makes Bella feel abandoned even though they live under the same roof.

WASTE OF TIME
Byron isn’t good at pretty much anything except one thing and one thing only…BMX.  His passion has led him to starting his own company but because of this he is ignoring school, which is when his parents step in.

VENOMOUS IMPULSE
Reloya has issues no one seems to understand, especially Reloya.  Another family meltdown takes place causing her father to go against his heart and kick her out of the house for good.

CHECKING IN
Rob hasn’t seen his father since he was two years old.  He’s now eighteen and his mother passed.  As a last promise to her, he set out to find his father and did so successfully, against his will.  There is so much living in his heart that he needs to get off his chest.

POTATO HEAD
Ronda doesn’t understand why her cousin never wants to go out into the world and live life, instead of always being home doing nothing but watching TV. 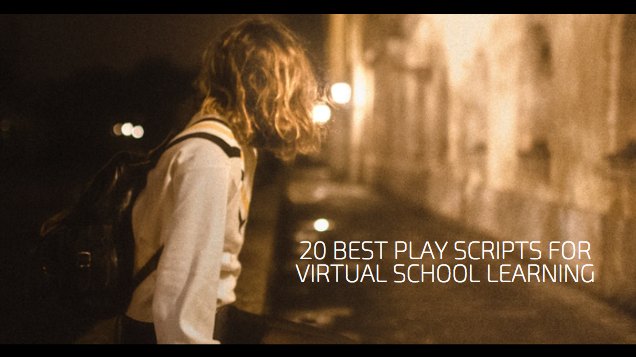 MORE WAYS THAN ONE
A young man by the name of Porterfield has a bad reputation in school and is on the verge of being thrown out for getting into a physical altercation with another student.  He is sent to the principal’s office for what he expects to be expulsion for his actions.

THEM CANDLES
Kendra thinks she’s falling in love but her lung disease prevents her from experiencing love fully for the first time.

AFTER-SCHOOL ACTIVITIES
Laquisha’s passion is track & field.  Her mother’s passion is to see her daughter succeed.  The problem between these two women is agreeing on the intensity of Laquisha’s practice.

DON’T LEAVE ME WITHOUT MUFFIN
Ginger gets caught by her mother for attempting to sneak out but this wasn’t for only one night.  Ginger was planning something more permanent and now must face her mother.

STARDUST
While chilling out at their local diner, this young friendship takes a big turn when Doogie admits his true feelings.

GONE TOO SOON
Tarva’s father has given up on life ever since her mother recently died.  To make matters worse, Tarva has two young sons of her own that demand all of her attention.  Can this family come together and be a family again?

DARK SIDE OF MY MOON
Jobe is a talented basketball player who works real hard at his skills but he has a problem drawing the line between hard work and insane competition.

SLIVER OF SINCERITY
Lenora wishes her sister would join forces with her and start having a friendship rather than being distant and self-absorbed all of the time.

THE PIT OF MY STOMACH
Nina has a very unusual existence.  Her father is a crook who survives making traveling back and forth across the county making scores for money.  Nina needs to live a normal life.

MIDSUMMER NIGHT
Chanade has been struggling within herself for a very long time.  She’s never told anyone else that she’s been having suicidal thoughts.  These feelings she’s been feeling have mounted to a level of desperation, reaching the point of a possible no return.  However, there may be hope in store from Chanade’s best friend before it’s too late.