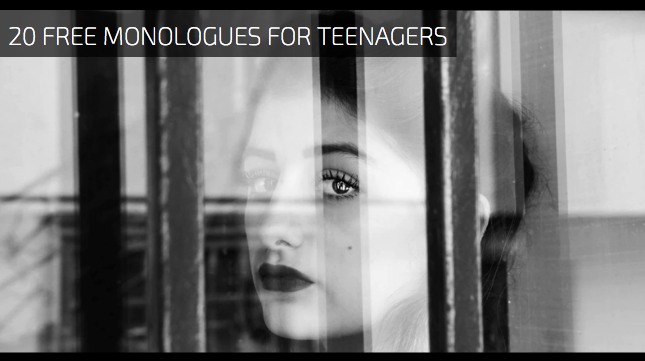 20 Free Monologues for Teenagers of All Ages explores a grouping of comedy/drama teen monologues for creative projects and solo works.

WASTE OF TIME
Byron is a young business prodigy still in school with parents who don’t want him to drop out.

VOICES IN THE TREES
Marina want people to respect her and treat her the way she believes she should be treated.

LICK MY WOUNDS
Crystal believes that if her boyfriend isn’t happy that perhaps it’s best that they go their separate ways.

MAPLE ROAD
Marshall is conflicted over his identity and tries to find comfort with his father.

STRANGER IN THE ROOM
Strange things happen to new school student Andrea when she begins to familiarize herself with the other students.

CHECKING IN
Rob finally speaks to his father after eighteen years of never seeing him.

SINCE CHILDHOOD
Since she went off to college Zoe realized she’s been in love with her best friend for years.

AGREE TO DISAGREE
A monologue about honesty within friendship.

SLIVER OF SINCERITY
Lenora has a go at her sister for always being so self-absorbed. 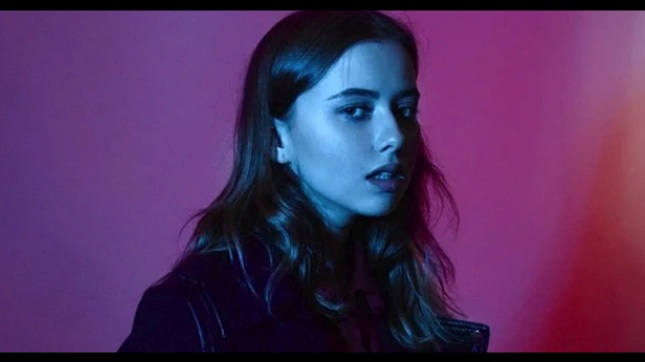 BEHIND THE EIGHT BALL
Helena talks to her friend about the struggles she has to get through each day on her own.

MIDSUMMER NIGHT
Chanade calls upon her best friend to save her from contemplating taking her own life.

LOST AND FOUND
Kimmie feels a heavy burden over not figuring out her path in life.

VENOMOUS IMPULSE
Reloya gets a final ultimatum from her father after she causes damage to their family.

PLAYING GAMES
After witnessing her boyfriend kiss another girl, Lillia meets him at their local park to talk.

SIREN IN THE NIGHT
Crystal is homeless and bumps into her friend’s father by accident in a parking lot.

OTHER SIDE OF THE CHASM
Chad has always been a loner but for once he would like to be considered friends with everybody.

THEM CANDLES
Kendra wants to date a guy she really likes but her mother prevents her due to her health condition.

PEANUTS ON THE DOLLAR
Chester looks for a new solution to take care of his mother.

ACID TASTE
Three teen girls hang out at a polluted lakeside and one of them gets dared to go for a swim.