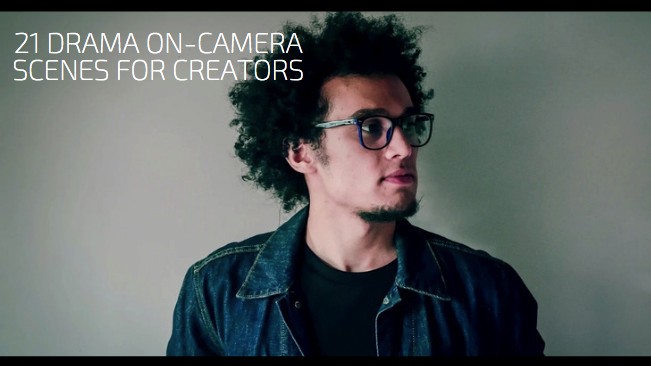 21 Drama On-Camera Scenes for Creators are drama scenes to practice your craft on-camera and/or to develop a short video project.

MAYBE YOU’RE HAVING A MENTAL BREAKDOWN OF SOME SORT
Cathy is entirely unhappy with her life and lashes out at her friend while eating ice cream.

DON’T CALL ME NUTS, YOU KNOW I HATE THAT
Two brothers who make a living in a life of crime have a situation come up because one of the brothers has fallen in love with the enemy.

NEVER IN A MILLION YEARS DID I THINK YOU’D BE AN ACTRESS
Two friends discover more about themselves while mourning the loss of a mutual friend.

I’M WITH YOU SOLDIER
Three soldiers are stuck on top of a mountain after a battle and during a major snowstorm…they wait and hope for a rescue chopper before it’s too late.

I DON’T WANT ANOTHER DUMB ARGUMENT
Two sisters try to reform their bond after it shattered four years ago.

I HAVE AN EGO CAUSE I’VE EARNED MY EGO
Bill has been acting strange and refuses to leave his post after his time already expired at the lighthouse he works at.  His son visits him to see if he’s alright and why he hasn’t left his post.

YOU ARE FAR FROM SOBER GIRL
The truth comes out Tyra as to why she’s been suffering from drinking so much.

I ONCE SEEN A BOXER
Maddock has been boxing for cheap money for far too long and he wants out.

HOW DID YO FIND ME?
Rob locates his father as a final promise to his mother before she died that he would try to patch things up.

MAY I READ THE LETTER?
Milo receives a telegram from his deceased wife and panic sets in between him and the woman he’s currently living with. 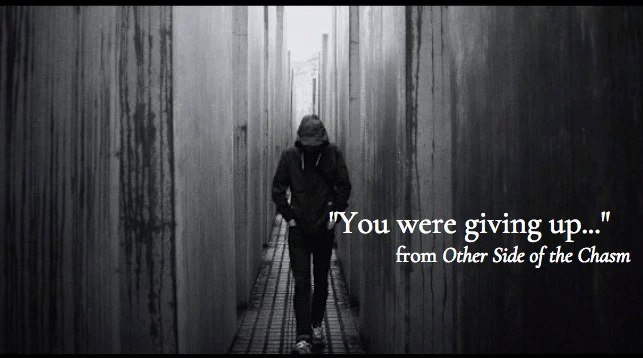 YOU WERE GIVING UP
Chad has decided that college isn’t for him although he secretly wishes he can go.

I THINK WE’RE MISSING OUT
Shadira has a bright future ahead of her as a figure skater but her mother doesn’t seem to recognize her potential.

I’VE FAILED MY DESCENDANTS
Tiara and her Uncle Ivan are left with the responsibility of caring for their family estate, but the problem is that they in the process of losing everything.

IT’S NICE TO KNOW SOMEONE’S IN THIS HOUSE
Marva faces the grim reality that she doesn’t have much time left with her son.

WON’T YOU JUST LOOK AT THAT SKY!
Two former lovers engage in conversation to learn more about why they separated in the first place.

WHY AIN’T YOU BEEN AROUND THE HOUSE?
A daughter who has never felt emotionally supported has a first time direct conversation with her father.

WHAT IS IT WITH YOU, HUH?
Aggie confronts her uncle as to why they live such a lousy life.

ARE YOU REALLY SO HURT?
Simon is going through significant changes and may be making a dire decision for his business empire.

YOU REALLY THINK WE GONNA MAKE IT TO FRANCE?
Two lovers flee the scene of a crime in order to escape to France, however there is a hit man after them who will stop at nothing to find them.