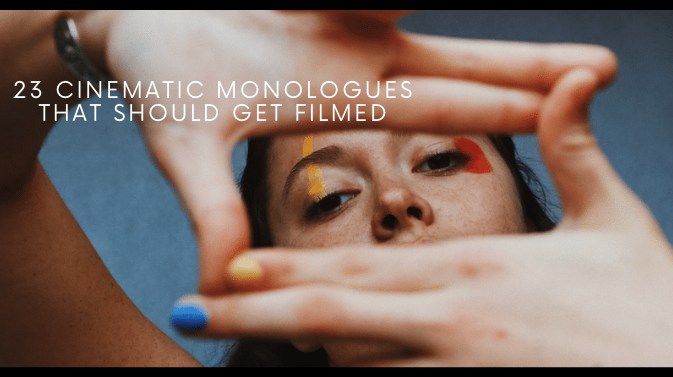 23 Cinematic Monologues That Should Get Filmed provides actors and filmmakers some lit monologues to put on-screen.

We chose the following 23 monologues because we feel they have a certain movie flavor that comes off really useful for your acting or filmmaking demo reel.

Of course you may use these monologues for free, just please hook us up with attribution.

If you are new here, Monologue Blogger (MB) provides monologues, scripts, plays and scenes for actors, filmmakers and creators like you.

All non-commercial projects are license-free, so have a blast using our content and help us spread the word.

We always appreciate the love and love our growing community of artists.  Thanks!  =)

23 Cinematic Monologues That Should Get Filmed

RED ROOM
Morgan wants fast turnover and top talent for his investment firm and he is raising the star for one of his top employees but before he gives her the green light, she must terminate her closest ally.    An interesting male character where the actor could play cold but not without finding a softer edge.  Can be shot in a conference boardroom.

GONE TOO SOON
This monologue can be really powerful because the main character Tarva is about to emotionally burst with all the pressure she has riding on her.  The location takes place inside a trailer home which intensifies the monologue because of the messy and claustrophobic feel the environment gives off.

THE CIRCLES UNDER OUR EYES
Bordy is a struggling artist borrowing money from his not so rich mother.  His pride is down, backed by an undisciplined life, he turns to his mother for help, but this time learns that she may be the one who needs help.  This takes place inside a diner and can be shot within the framing of a booth with natural light.

WE WILL TAKE GOOD CARE OF YOU
Mrs. Birchwood is a high-powered and scary CEO of a major tech company.  This takes place in the future so it has a scifi vibe and if shot in the right location, can really be powerful.  Her character is definitely sinister and has a lot going on beneath the surface of her words.

NAKED TO THE EYE
This is a heartfelt short play drama about Antoine who can’t pay his rent on time and begs his landlord for an extension.  The action takes place inside Antoine’s apartment while speaking on the telephone.

EVERYONE’S CHASIN’ SOMETHIN’
Riza’s monologue delves into how she isn’t into the whole ‘trying to save the world thing’ and believes that by being a positive person is enough to give good energy out.

ERROR-FREE ZONE
A post-apocalyptic story about a man named Dimitri who tries to help a young woman named Masha to reach the error-free zone where she will be able to unlock her mind and gain increased knowledge.  The action is very versatile and can be shot pretty much anywhere.

MIDSUMMER NIGHT
Chanade has fallen deep into a depression and she is thinking about ending her life by jumping off a cliff.  She reaches out to her friend as a last-ditch effort to find some reason.  The action takes place on a cliff in low light which really adds to this monologues drama.

MAGNETIC SPELLS
Gerry fixes an old vintage radio with his mother’s tooth and activates frequency communication with his dead father.  The action could be filmed in doors inside a living room or a kitchen.

NOT WHEN YOU’RE AROUND
This is a short yet explosive piece for the character Ada.  She has a go at her father for never being in her life whenever she needed him most.  This can be shot outdoors or indoors and makes room for intensity.

COME WITH ME, BACK HOME
A touching, sad yet meaningful short play between a mother and son.  The action takes place within a bar.  Mom has a drinking problem and son tries to get her back home.  The monologue has a lot of versatility and gives a lot of meat for the actress to sink her teeth into. 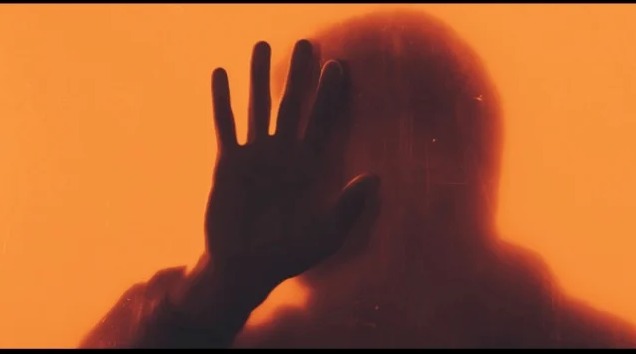 TRUE BLUE BOY
Abilene’s received the news that her son is on the run for his life and she goes to a ‘club’ to speak to an old friend for help.

CHECKING IN
Rob’s mother has died and he promised her that he would find his biological father in order to try to make amends their relationship.  The monologue can be filmed outdoor in a front yard or backyard setting.

SHARPEST TOOL IN THE SHED
Darla has to put up with her ‘relative’  Chuck at work as his manager but things aren’t working out to great for Chucky boy and Darla may have to send him back his walking papers.  The action takes place inside an office room and provides the actress with much to chew on for her character.

BIG TIME
Maddock is a boxer who is ready to hang up his gloves and find work roughing guys up for gangster Aldo.  IN this monologue he talks to his manager about what he wants to do.  The action takes place in a dingy locker room.

AT THE END OF THE DRIVEWAY
This can be shot outside in a driveway between a man, child and woman with the monologue taking place for the female character Margaret.  Margaret has been caring for her only child all on her own when her boyfriend comes back home from prison.  This may not be the best thing.

EYE OF THE WHALE
After years have gone by from Gene’s abandonment, he returns to his old neighborhood but gets the cold shoulder from everyone he knows, including the woman he claims to still be in love with.  The action takes place inside a pub.

THE OBSERVERS
Cheyenne has become a hired gun for a secret firm that has trained her and is ready to give her her first contract.  The action takes place inside a polished corporate room between Cheyenne and her boss.

WASTE OF TIME
Byron is a young business prodigy but has to hold his weight in getting good school grades before his parents will let him break out and grow his already blossoming bike business.  This is a good monologue for a teenager guy and takes place in a living room.

THE ESSENCE OF LIFE
Gina meets up with her brother James and opens up to him about what it’s like for her after she’s undergone a divorce.  The action of the monologue takes place inside a restaurant.

RIGHT BETWEEN THE EYES
Gio talks to his cousin Luca after he shows up to visit him in the country.  The action takes place in a large country house.

GRAIN OF SAND
Sasha gets revenge for her brother after she learns he’s been getting abused.  The action can take place inside a garage or abandoned warehouse type setting.

UNDER THE CONDITIONS
Alton is a divorced husband who only wants the best for his daughter, even if that means she lives with him.  The action takes place inside his apartment.