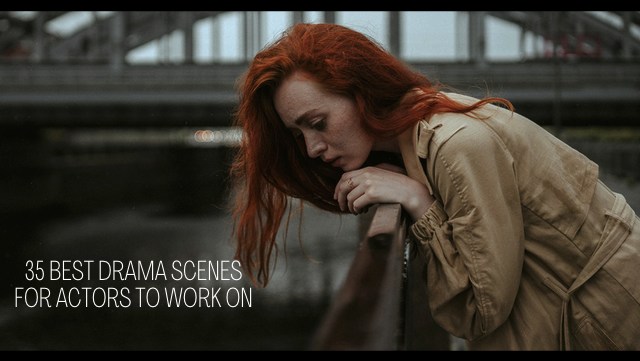 Below are 35 scene snippets taken from our selection of play acts.

35 Best Drama Scenes for Actors to Work On

MAY I READ THE LETTER? (Agatha’s Letter)
A period drama about a dead wife who haunts the minds of her husband and his lover.

YOU WERE GIVING UP (Other Side of the Chasm)
Chad has decided that college isn’t for him and when he tells his best friend Lia about it, she helps him make other arrangements.

I HAVE AN EGO CAUSE I’VE EARNED MY EGO (Mr. Bad Mood)
A son visits his father while he’s at work in a lighthouse because he refuses to leave his post for reasons that will soon be discovered.

YOU CAN BELIEVE WHAT YOU WANNA BELIEVE (The Other Half of Madeline)
A short play that revisits the traumatic memory a mother suffered from the loss of her baby.

ANYTHING CAN HAPPEN AT ANY MOMENT (Little Fish)
A drama scene taken from the one-act play script Little Fish about a married couple coping with the evaporation of people touching a backyard fence.

OUT THERE IN THE WILD, SAFE FROM RESPONSIBILITY (The Handle of Blade)
A king is trying to come to terms with his past in order to secure his crown’s future.

AREN’T YOU GOING TO TRY YOUR EGGS? (Treat Me Nice)
Corinne talks to her mother about her father and although the two of them (mother/daughter) have a shaky relationship, discussing Corinne’s father may be good for them both.

WHY SHOULD YOUR OPINION MATTER TO ME? (Imagined it to Be)
A high school teenager encounters a street hustler and the pair exchange perspectives and personalities.

THOUGHT I COULD MAKE IT OUT HERE ON MY OWN (Ache and Moan)
Carlotta is a runaway teen getting a philosophy lesson about life from street hustler Kendra.

DON’T CALL ME NUTS, YOU KNOW I HATE THAT (Hurts When It Rains)
Frank has fallen in love with a woman who comes from an enemy family in this gangster story and his brother Salve does his best to prevent their relationship form going any further. 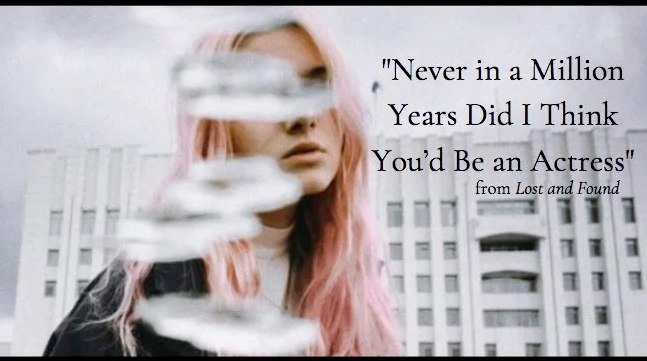 NEVER IN A MILLION YEARS DID I THINK YOU’D BE AN ACTRESS (Lost and Found)
After losing their friend Jarla and Kimmie try to figure out what their career path in life is going to be in order to live passionately.

I DON’T WANT ANOTHER DUMB ARGUMENT (Four Summers Ago)
Two sisters completely opposite try to reconcile their differences after years of not really talking to one another.

YOU ARE FAR FROM SOBER GIRL (Day Follows Night)
Pina picks up her drunken friend Tyra after receiving a scary phone call from her during the middle of the night.

OUR TOWN IS THE PITS (Acid Taste)
Three teens embark on a hangout spot near a polluted lake in their hometown.  When one of them takes on the challenge to swim out to a buoy things go terribly wrong.

I WOULDN’T GO NEAR HER (Love Is A Strong Word)
Mischa has painful news for her boyfriend Martin who visits her while she’s attending college.

WHY YOU AIN’T BEEN AROUND THE HOUSE?  (Not When You’re Around)
Barney wishes to get closer to his daughter but never felt like he was able to truly connect with her.  His daughter Ada feels the same way.

ARE YOU REALLY SO HURT?  (Let the World See Us)
A successful businessman is willing to throw it all away in order to find his true happiness.

I THINK WE’RE MISSING OUT (Typical Teen)
A mother shares her growing concern with her talented figure skating daughter because she feels that they are growing further apart.

MAYBE YOU’RE HAVING A MENTAL BREAKDOWN OF SOME SORT?  (Ice Cream from a Window)
Cathy has been stressed out of her mind between taking care of her children and worrying about her husband’s needs.  She feels entirely neglected and tries to communicate this to her friend while losing her grip on reality.

I’VE DECIDED TO STAY ALONE EVER SINCE (Far Enough)
Ginger questions her son Matt after she notices how depressed he’s been all summer. 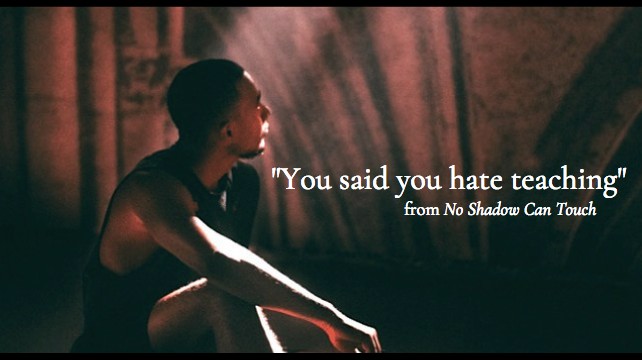 YOU SAID YOU HATE TEACHING (No Shadow Can Teach)
Rick has spent his life making a living as a professional dancer but a horrible accident has impaired him and now he must figure a way to continue taking care of his family.

WHAT IS IT WITH YOU, HUH? (Rose to Ash)
Burt never picked up on the warning signs his niece was showing to him for such a long time and now it may be too late to save her.

YOU HAVEN’T CHANGED ONE BIT (Scratching the Surface)
Ouzo visits his ex-girlfriend’s art exhibition and the two revisit their past and may even rekindle their relationship.

WHY YOU IN SO MUCH PAIN? (Better Days)
Karen wants her money from Miles who never seems to keep up with his room and board payments.

DID YOU STUDY FOR THAT SHAKESPEARE EXAM?  (Dust in Our Eyes)
Paula has a low self-esteem and her friend Dean always magically figures out a way to get her to see the bright side of life.

YOU REALLY THINK WE GONNA MAKE IT TO FRANCE?  (Single Happy Moment)
Priscilla and Doug are trying to escape town from a hit man by boarding a ship to France.

I GAVE YOU WHAT I PROMISED (Night of the Party)
Ronon has had enough going to parties and events to make his wife Paggie happy and on this night he refuses to go but Paggie has other plans in store for them.

HAVE YOU SEEN MY GARDEN?  (Mailbox Marvin)
Marvin has reached the day his contract obligation must be fulfilled with his Doctor but that doesn’t mean he will go easily.

I’M IN THIS FOR LIFE, MRS. LARNER (Lenny)
Lenny isn’t happy with who he is and is in search for a new identity.

YOU DON’T LOVE ME ANYMORE? (No Is Better Than Silence)
Kyra has walked out on Mickey but Mickey isn’t willing to let her go so quickly. 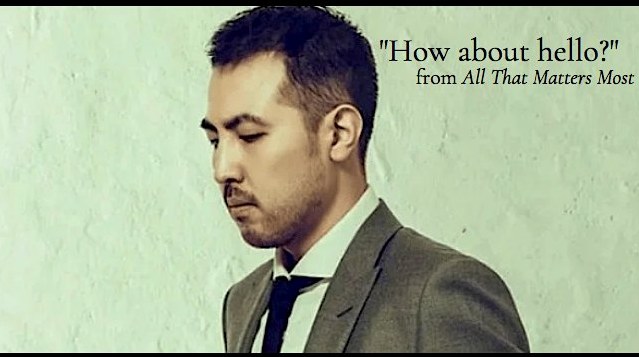 HOW ABOUT HELLO?  (All That Matters Most)
Clyde doesn’t know how to tell his wife that they are on the verge of losing everything they worked all their lives for.

I’D LIKE TO GO AWAY (Holding On To Time)
Patricia visits her father to help them both mourn over the loss of her mother.

YOU EVER LISTEN TO BLUES? (Thin Ice)
Kyle is a new student recently transferred and is already finding himself in detention where he meets Scarlet and the two quickly form a friendship.

I’VE FAILED MY DESCENDANTS (The Ghosts of Our Ancestors)
It remains up to Ivan and Tiara to hold on to the estate they can no longer afford that was inherited by their ancestors.

IT’S NICE TO KNOW THERE’S SOMEONE IN THIS HOUSE (Laughter In The Distance)
Young Tobey looks after his ailing mother which short circuits his own happiness but begins to notice the value of what his mother shares with him.