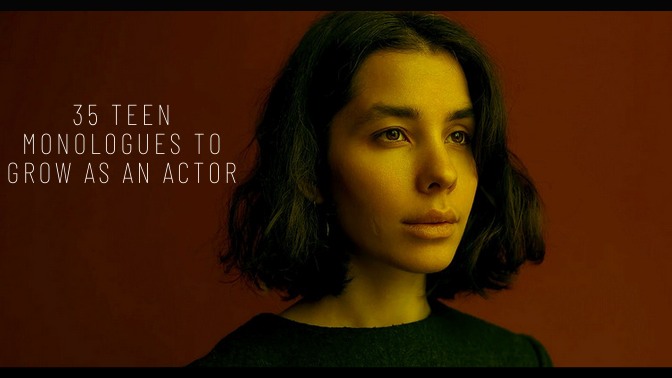 35 Teen Monologues To Grow as an Actor

ONE-WAY CONVERSATION
Bella confesses to her mother that she wishes she would be there more for her when it comes to supporting her dreams and ambitions.

THE BEAR
Tiffany always seems to put others before herself and the emotional toll it takes on her can be more than she can handle.

HIGH PLACES
After meeting Tiffany on campus and spending days afterwards trying to locate her, Harrison finally discovers that she isn’t part of his school and in fact she works at a diner on the other side of town.

LOVE IS A STRONG WORD
Mischa wants to experience more out of her life and it’s now her first year of college and that is exactly what she is intending to do.

CHECKING IN
Rob’s mother has recently died and on her death bed she made him promise that he would go out and find his real father in order to connect their relationship again.

DON’T LEAVE ME WITHOUT MUFFIN
While attempting to leave home for good, Ginger’s mother stops her in her tracks.

TRUE CALLING
Charla finds words of encouragement for her best friend Melanie who is about to quit on herself and her dreams.

MORE WAYS THAN ONE
Porterfield is the high school king of trouble-making and once again he finds himself in the office of the school principal but this time he is given an offer than can alter his life on a new and better path.

OTHER SIDE OF THE ROAD
Cindy is left with a lump in her throat after accidentally hitting a squirrel in the road while driving her car.

BETTER LEFT UNSAID
Sal comes from the kind of tough home life where his father won’t think twice about giving him a beating over the smallest thing.  He turns to his best friend Riggs for help.

LICK MY WOUNDS
Crystal feels like her boyfriend truly doesn’t want to be dating her and she lets him know that they don’t need to stay together if that’s the case.

MIND TRICK
This monologue can be played by a male or female and is about how it is to be considered the school outcast.

GONE TOO SOON
A teenager who already has a kid of her own and also must take care of her father who isn’t a healthy man.

DARK SIDE OF MY MOON
Jobe is a fierce basketball competitor but he may be too intense for his own good.

TYPICAL TEEN
Shadira is under a load of pressure.  If it isn’t helping out at home or keeping on top of her studies, it’s definitely her talent and commitment to her figure skating. 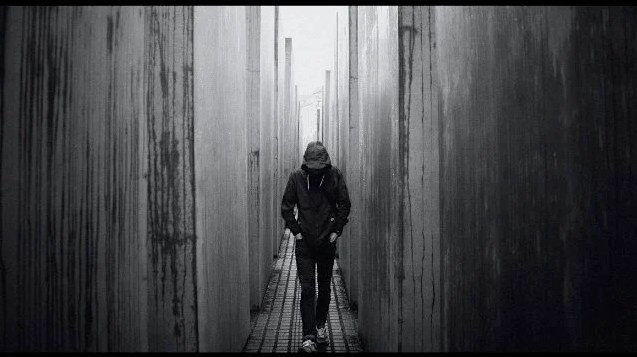 OTHER SIDE OF THE CHASM
Chad has never been on the ‘inside’ crowd at high school but he does have a true friend he opens up to about how it all makes him feel.

SEE ME
Alina talks out loud to herself and to her cat in confidence about being rejected from drama school.

DUST IN OUR EYES
Dean notices how down on herself his friend Paula has been lately and he shares with her his own private philosophy on how he has chosen to live out his life, hoping it can inspire her.

ACTING DIFFERENT
Cassandra isn’t a fan of her boyfriend when he acts immature in front of his friends.

WASTE OF TIME
Byron is a teenage wiz kid when it comes to business.  So much so that he already started his very own growing BMX company but his parents come down on him for not paying attention to his studies and a compromise must be reached.

FIRST MOVE
Susan debates with her friend as to whether or not she should be the one to go ahead and ask the guy she likes out on a date.

THE OUTCOME OF DESIGN
Jeffrey and his best friend Gesebel sit lakeside and have one of those deep conversations about the meaning of life.

LITTLE CREATURES
Abby makes puppets and talks to them because to her they are real but her mother begins to catch on to her daughter’s little friend creations.

TREAT ME DIFFERENT
Marshall secretly struggles with his own identity and tries to indirectly get help from his father without speaking bluntly about anything.

MIDSUMMER NIGHT
Chanade has been thinking about ending her life and for the first time she reaches out to a friend for help, hopefully before it’s all not too late.

ACID TASTE
Three teenage friends play do or dare at a toxic lake that’s in the middle of their neighborhood.

FAR ENOUGH
Matt didn’t step up to the plate as much as he believes he should have when a friend at school may have been in trouble.

INVISIBLE ROADS
Jud tries to convince her friend to let her borrow her father’s gun so that she can go rob some money and escape out of town.

THIN ICE
Kyle is the new kid on the block as he was recently transferred to a new high school.  After being dismissed from detention he quickly makes talk with Scarlet.

THEM CANDLES
Kendra tries to secretly meet up with a guy she likes but her overbearing mother finds out and gives her a difficult time.

NOWHERE NEAR HAPPY
Ava is a young entrepreneur whose only desire is to take care of her family but they don’t feel the same way she does.

PEANUTS ON THE DOLLAR
Chester has his back up against the wall trying to take care of his mom who doesn’t have the health insurance or money to get an operation she needs to save her life.

STRANGER IN THE ROOM
Andrea is in a new private school where everything on the surface appears great but everything beneath the surface is darkly sinister.

SIREN IN THE NIGHT
Crystal is a runaway teen who accidentally bumps into her friend’s father on a snowy night in a parking lot.

DESPITE THE RAIN
Elizabeth can see the future and have deeper insight into people at first glance.  An investigator visits her for help.