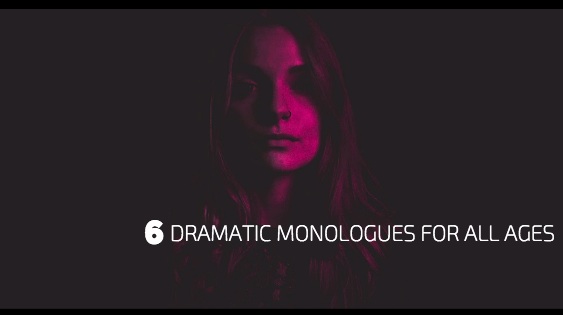 6 Dramatic Monologues for All Ages

SECOND LOOK – female
Cher feels as though she’s not as attractive to men as she used to be.

SHRINKING VIOLET – male
Dabney is a strict father who wants to raise his son up to take over the family business but his son wants something else.

THEM CANDLES – female
Kendra suffers from a lung disease which forces her to live a much more mundane life, but that’s not what she wants.

NATURAL CAUSES – male
Carlston makes a phone call to a reporter because he was accused for things that simply aren’t true.

DIE DOWN – female
Sheila and her father aren’t on speaking terms but she is due to be married and has no one to walk her down the isle.

LAND OF THE FORGOTTEN – male
George is a homeless man who sheds light on life and architecture to a young stranger he meets in the park.