60 Contemporary Acting Scenes offers a wide range of various genres that actors and creators alike can use for filmmaking projects and scene study classes.

Below you will find an assortment of dramatic, comedy, thriller, scfi, horror and dark humor scripts and more.

CHANGES (2 men) – Jared confesses to Donnie that he doesn’t want to make music any longer.

SHOULD I BE SCARED? (1 woman, 1 man) – In this short thriller/horror acting scene, Marlon confesses to his girlfriend Hannah that he is immortal.

CAVE OF DA VINCI (3 men) – Two Burglars enter an apartment.  A man named Freddy Ferrara is sitting down with a cup of coffee and a gun resting on a nightstand.

BOTTOM OF THE STAIRS (1 woman, 1 man) – Mr. Chesterfield comes back from a trip, only to talk with his neighbor, Mrs. Connors about his ‘changed’ wife.

POP ARTIST (2 men) – Rodney approaches his cousin Max who has secretly been taking higher doses of pills in order to function properly in his life.

RED TUXEDO (2 men) – An upscale party in a New York City penthouse.  Mr. Berguer is hosting the event and has asked Mr. Sanders to enter his meeting quarters to negotiate a deal.

ENOUGH IS ENOUGH (2 women) – In this short dramatic scene for two women, Sarah confronts the Nurse that has been wrongfully caring for her mother.

HURRY UP, PLAYA (1 male teen, 1 man) – This is a short scene between two brothers.

BABY (1 woman, 2 men) – Sandra calls her older brother Mickey because she has found out she is pregnant by her boyfriend Deon.

BACK TO LIFE (1 woman, 1 man) – Pamela and Mitchell are calling an end to their brief romance in the American south.

IMAGINARY, YOU (2 men) –   short play-script, Waldo gets a visit from his brother Rallye and a serio-comic scene ensues.  Waldo, is stoned out of his mind.  He hasn’t let up in days.  He talks out-loud to himself in a trance.

ENCOUNTER (1 woman, 1 man) – short dramatic script, Roger and Leslie meet for the first time and decide to take a stroll along the Hudson River.

MATCH MADE IN HEAVEN (1 woman, 1 man) – Tia has just gotten back home from work to find MICK on the couch looking unhappy.

YELLOW MAN (1 woman, 1 man) – a terrorist bomb has gone off in an airport and throughout the ordeal two strangers have bonded.

TEA TIME (1 woman, 1 man) – A short comedic scene for two actors.  The idea is to have a woman talking from the 20th century and a man talking in modern times.

NOT QUITE (2 men) – one man convinces another man to confess is cheating ways to his wife.

GAME (2 men) – Two friends have an argument about loyalty and trust.

DIRT MOUTH (2 men) – one man purchases a gun from another man in order to attempt a murder scheme.

REAL AGAIN (2 teen girls) – two female teenagers who are dating in secret and come from abusive homes, discuss the idea of suicide and robbery. 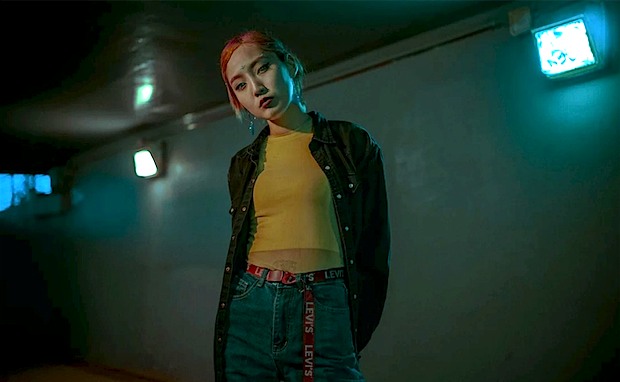 JASPER THE WHALE (1 man) – Jena visits her father in prison.

THE HIRE (1 woman, 1 man) – Sam tries to get help from a co-worker regarding a hired contract killer.

CHEESECAKE (1 woman, 1 man) – a hit woman gets information out from a man she abuses.

DRY PATCH (1 woman, 1 man) – A lover’s quarrel between Jan and Charlie over money.

ROBOT RUN Z (2 men) – Stan has slipped out from the ‘bot’ he must answer to in his home known as the Congridor to meet with Richard.

FULL CIRCLE (2 women) – This is a short dramatic scene for two female actors.  TanyaA and BEVERLY were two former best friends who happened to bump into one another at a city park.

WEIGHT OF LAUGHTER (2 men) – taking place in early cinema, a ‘laugh man’ gets interviewed in a surrealistic scenario.

DEAD GIRL (2 men) – two friends try to figure out how to remove a dead woman from an apartment.

NITTY GRITTY (2 men) – two men who are part of their own Irish gang kidnap and plan on killing an enemy member from a rival gang.

LESS SOAP, MORE WATER (1 woman, 1 man) – an actress confronts her agent about her deep desire to do projects she believes in, rather than making a living doing soap commercials.

HAROLD’S EAR (1 woman, 1 man) – an Uncle asks his niece to help him remove something from his ear.

BASKET CASE (2 women) – a Mother tells her daughter that her unknown Uncle has died.

CHUTZPAH – (1 teen, 1 woman) – In this short drama scene, Sandra is a teen who has just left home after a horrible physical confrontation with her Mother.  She passes Agnes, who is the neighborhood homeless lady.  This is their first actual verbal encounter.

MY CHIANNA ( 2 men) – a transporter makes his final delivery in exchange for money but a girl comes between the final deal.

LAUNCH DATE (2 men) – a wealthy man talks to his butler about designing a rocket ship as a suicide plan.

WINDOW PAIN (2 women) – Vickie and Leslie are in a relationship.  Vickie punched Leslie in the face and this is the aftermath hours later.

MR. TANDUM (2 women, 2 men) – This is a short scene with 4 characters for actors to play.  2 men and 2 women.  This takes place in England during the Victorian era.

SHRIBBLE (1 woman, 1 man) – In this short comic scene, Valerie and Frank discuss how their switch to going vegan has been working out.

UPON MY RETURN (2 men) – This is a short comedy sketch based on old nobility in England, hundreds of years ago that raises the question, What if there was a Burger King?

ALDERONA (1 girl teen, 1 teen guy) – Scripted scifi scene for two teenagers, 1 guy and 1 girl.  ALDERONA and KLUDO are brother and sister who have special secret powers that are meant to protect and save people’s lives.  Alderona is doubting her ability to carry out her responsibility and she discusses the issue with her brother.

MAPLE ROAD (2 men) – Jim enters the barn where his son Marshall has been punching the wooden walls with white straps around his knuckles.

SIGNAL (1 woman, 1 man) – Michael lets his best friend Tasha into his apartment to show her a demonstration on hearing voices from his headphones and computer set up.

BOULEVARD (1 girl teen, 1 woman) – a Mother talks to her daughter about making a career for herself, rather than writing in her room all day long.

CURVE BALL (1 girl teen, 1 man) – Tiffany is a rising pop star who is in her hotel room conflicted over her career.  In comes her talent manager, Rodney Maguire.

PIP’S RESTAURANT (1 woman, 2 men) – Muggs has a crush on Sharon who is supposed to meet with him and Judd at Pip’s Restaurant.

THE SHOW (2 men) – Vic is a real life gangster who has created his own personal YouTube Channel, giving lessons to people on how they can be more gangster.

SNIFF (2 men) – Ben questions Harry as to why he keeps sniffing his fingers.

JUST LIKE THE MOVIES (2 teen guys) – Zook and Tang strike up a conversation about starting their own drug spot in their neighborhood.

LATE AT NIGHT (1 woman, 1 man) – Boyner walks down a long corridor toward a closed door to a room in a hotel he is the caretaker for.  It is late at night.

FIX (1 woman, 1 man) – a dramedy between a contractor and home owner.

ANOTHER DONNIE (1 woman, 2 men, teen boy) A practical joke gets played on young Donnie from his ‘home from the war’ brother.