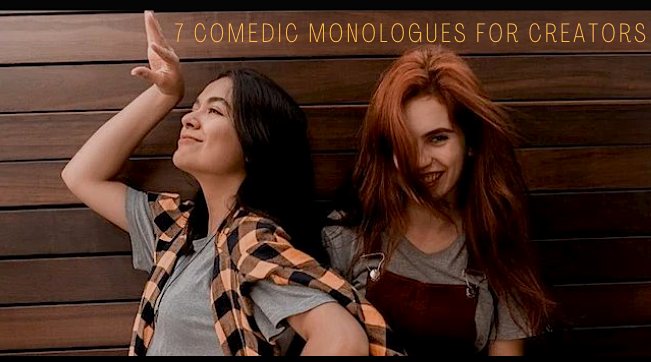 7 Comedic Monologues for Creators for both men and women who are looking to create a video project for fun or use for a comedic audition.

DARLING FACE
Beverly has been living the home alone life and simply can’t stand it anymore.

MEDIUM
Derek has the mentality of being a seven foot five warrior, when in reality he’s a pretty small dude.

PHONE CALLS
Meagan met this guy named Frank who hasn’t called her in three days and she tries to figure out why guys play stupid games.

ACROSS THE FACE
Bobby is a first time producer who tries to educate a well seasoned director on how to direct a particular scene.

UNDERWHELM
Wilma has become numb to life and feels like she’s stuck in a coma, but her co-worker may have an unusual solution to adjust her perspective.

GRACE PERIOD
Ralphy and Burt are two guys stuck at home during a pandemic and they both see things completely opposite.