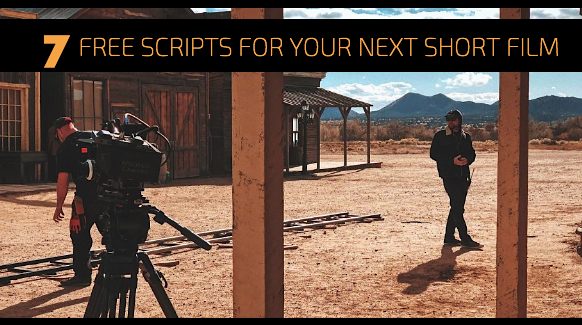 7 Free Scripts for Your Next Short Film provides incentive for creators who need a screenplay for a non-commercial narrative.

7 Free Scripts for Your Next Short Film

DEAR HEATHER (drama)
Heather has been working for Arthur at a local shop that is going out of business.  She is told some upsetting news, despite being given a special gift.

CALLINGS AND COMMANDMENTS (drama)
Charlie speaks to his father to try and get him to go to France, in order to get his mother and father back together again.

CURVE BALL (drama)
Maguire talks to his client Tiffany about holding on to her dreams and not giving up on herself due to the pressure.

STORY OF A PLUCKED LOBSTER (drama)
Waltong and his wife Barb are on a trip high in the snow mountains but Waltong is desperate and running out of time to save his wife’s life.

CAVE OF DA VINCI (dark humor)
Two men rob the wrong house and both have very different experiences with who they encounter.

DEAD GIRL (dark humor)
Billy comes rushing to his friend’s aid after receiving a phone call about a drug overdose.

SHRIBBLE (comedy)
Valerie and Frank have gone vegan and Frank is climbing walls.