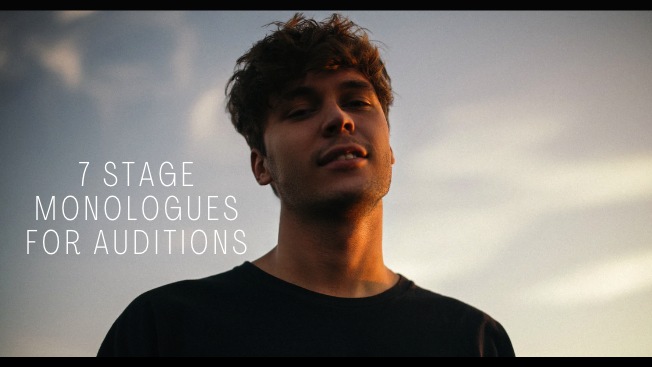 7 Stage Monologues for Auditions is a short compilation of content that actors may also use for demo reels, videos and drama class.

STAY THE NIGHT
Amanda and Wilkin see one another once in a while but when Amanda tries to learn more about who Wilkin is, things quickly change.

SAND ANGELS
Lenora questions whether or not she has lived a good life.

TREAT ME NICE
Corinne and her mother have never gotten along but deep down they may truly love one another.

ISOLATED ROMANCE
Victor achieved his dreams of money and fame but now wishes he can go back to being a nobody.

BETTER VERSION OF JENNY
Jenny has done much damage to her well being from partying too hard and she talks to her friend about how she wishes she could change but doesn’t know how.

STRING OF FALSE STARTS
Henry has a bum brother and tries to talk him up to get him moving in the proper direction.

MR. BAD MOOD
Bill gets visited by his son who has concerns as to why he isn’t leaving his post at the watchtower.