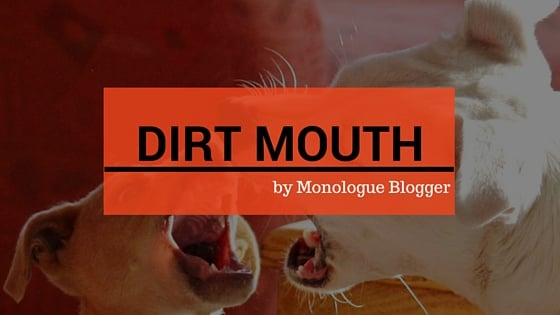 INT. BREEZY POINT MOTEL – DAY
NICO knocks on motel door. It opens up to MOSES, an African American southern man in his 60’s who wears a smokey beard and chews a damp cigar at the corner of his mouth.

MOSES: What can I do for you, son?

NICO: Are you Moses?

NICO: I’m Nico. (beat) We spoke on the phone two days ago about the Smith and Wesson.

MOSES: You were referred to me by Ricky, that right?

NICO: Yeah, Ricky’s a good friend of mine.

NICO: Yeah, I know him a long time.

You ever been to Niagara Falls?

MOSES: Just got back. You should go sometime. You got a sweetheart?

MOSES: They say it’s good for lovers, honeymooners but I go once a year by myself. I don’t go with my wife, it’s just strictly business only. Never did make much sense to me about the whole romantic bit about it. Just a Goddamn movement of water and a long way down is all. Millions of people visit the place each year and it’s always the same…pointing and staring, pointing and staring and pictures. I could never understand it.

NICO: Maybe I won’t go then.

MOSES: Maybe you won’t…I don’t really give a monkey tapping a rat’s ass about whether or not you’ve gone to the falls, son. What I do care about is if you’re the po-po?

NICO: I was recommended by Ricky.

MOSES: You claim. I’m not too worried none, though. You see, I pay strict attention to two things: answers and listening. I have a sixth sense when it comes to police. Been doing this a long time. I travel a lot and I’ve seen a lot, enough to know you ain’t never shot a gun before in all your life…

Moses pulls out a Nine Millimeter.

This here’s a Nine Millimeter, designed by Georg Luger and introduced in 1902 by the German weapons manufacturer Deutsche Waffen-und Munitionsfabriken, for their Luger semi-automatic pistol. I personally call him the ONE SHOT DEAL but you can call him whatever the hell you so desire. Hold it…

Moses hands it to Nico.

Nowadays, nobody cares none about knowledge or history…everybody just wants to shoot up schools and all kinds of goings on cause it’s fun like a video game and that pisses me off much but I can’t do nothing about it regardless cause I’m out here trying to make a living. What you think?

MOSES: It’s loaded. Fire it at that t.v. set over there.

MOSES: Go on and do it. I own the Goddamn motel and I need to start fancying
up the place with some new flat screeners. Go on!

Nico fires a round and blows up the t.v.

Is that what you’re looking for, son?