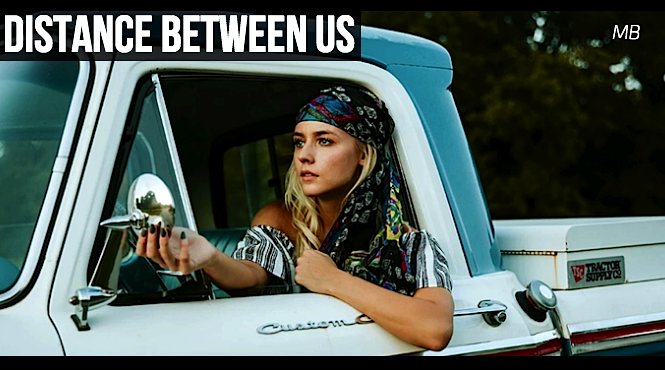 In the short drama script Distance Between Us,  father and daughter discuss why their relationship isn’t the greatest.

Raoul: What can I say to you that hasn’t already been said?  This is who I am.  This is what it is…

Pamela: And that’s it? That’s good enough for you?

Raoul: If there is acceptance, there is no stress.

Pamela: Don’t you want to be better?

Raoul: Being better, what is that?

Raoul: I don’t even want to have this conversation.

Pamela: Because you’ve given up.

Raoul: I haven’t given up anything, Pamela. It’s you. You create drama. Everything I do is never good enough for you.

Pamela: It’s what you don’t do that upsets me.

Raoul: I’m an old man now. I don’t have much time left to live. I don’t want–

Raoul: Nothing is good enough, Pamela…nothing.

Pamela: So, why settle for that?

Raoul: Because I have been struggling for far too long. I am getting tired. I don’t have any fight left in me for anything.

Pamela: It’s always about you, isn’t it?

Raoul: You ask me, I tell you the truth and you criticize. I can never win with—

Pamela: You always play the victim. You never face the consequences of your actions. You never come clean. It’s the same routine. You mess up, I forgive you and you are off being selfish and self-absorbed. Since I was a kid! You never had time for me. Always running around in your own private world, always keeping a distance between us. Even when we did spend time together, it was always along whatever you were doing that day. I was the tag along. What was any of that?

Raoul: It was the only way I knew how.

Pamela: You never made anything about me. Anything that ever mattered to me in my life only mattered to you when you saw something you could get out of it. You never backed me up for me.

Raoul: I was always there to talk to you, give you guidance.

Pamela: Guidance? What guidance? Is that all you think being a father is about? Guidance?

Pamela: We’re all dying. All of us. Everyday!

Raoul: I have cancer…Pamela, I’m dying.

Pamela: (beat) So you think that wipes the slate clean? All is forgotten now that you are…

Raoul: It’s okay. I’m okay. Things will be what they need to be.

Pamela: I hate you.

Pamela: I knew you haven’t been looking right. Your coloring is off.

Pamela: A pain in my ass.

Raoul: He takes after his Grandpa.

Raoul: Teenagers are the best.