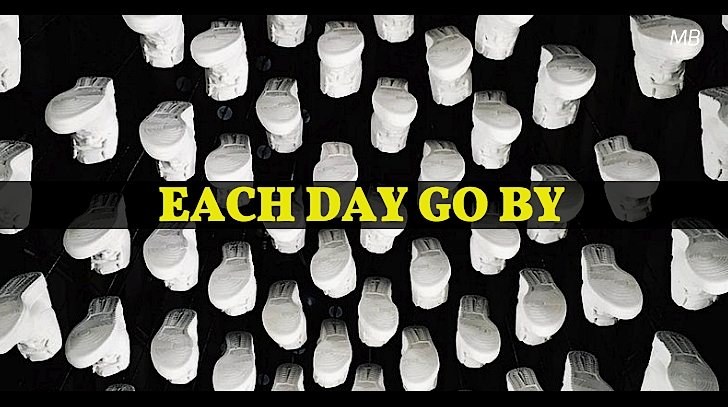 1970. Living room.  Brooklyn.  A short scene about two parents who lost their son due to a tragic event that took his life.  Drama. 2 person scene.

Each Day Go By

HITCH enters the living room and takes a seat in ‘his’ chair.

Hitch: That boy got the smoothest jump shot I ever did see. Smooth as ice, let me tell ya and a hang time that lasts for days. (beat) Last for days and days, lemme tell ya. Yeah…real nice, real nice he was.

Patrice: Who you talking too?

Hitch: Huh? Oh, I just talkin’. Can’t a man talk outloud if he want to?

Patrice: I don’t care who you talkin’ to, just wasn’t sure if you be talkin’ to me.

Hitch: Why’m I gonna talk to you? You weren’t even in the room.

Patrice: I was within ear shot nasty man.

Hitch: Nasty such a nasty word.

Patrice: You becoming a grumpy old man is what.

Hitch: Why’nt you go and say something sooner?

Patrice: You can’t reverse destiny. It’s in the cards for ya. Remember how you always used to tell me how you ain’t never gonna end up like yo Daddy? Well, you the spittin’ image of ’em. Even wearing same kind a clothes. I tell ya.

Hitch: For crying out loud woman…ain’t it your job to prevent a man from turning into, into, into a, a, one of those…you know what I say.

Hitch stands up and takes off his flannel shirt.

Patrice: What you doin?

Hitch: I ain’t ever gonna wear shirts that look like this ever again. Hell no! (squarely looking at her)  What else I gotta change?

Patrice: Shave! You gettin’ that one week don’t care to shave beard look. You could lose that!

Hitch: What else woman, tell me??

Patrice: Those boots! Same damn pair of boots for twenty years. We need to get you some other kind a footwear.

Hitch: But the boots—

Patrice: Ain’t yo Daddy have the same exact pair? You sure they ain’t his boots?

Hitch: These boots is good to me. I been through alot with these boots. They like a companion. Can’t take a man’s boots away from ’em. Too much history.

Patrice: You gettin’ sentimental over a pair of dirty old boots? Shouldn’t even be wearin’ them inside the house.  I can’t imagine—

Patrice: What?! You go and bump yo head? How you gonna compare those dirty ass boots to a wedding ring?

Hitch: I’m not saying my boots is more important than my ring but it has a similar impact.

Patrice: You just say you talk to yo boots?

Hitch: I did say such a thing.

Patrice looks at Hitch like he’s losing his mind. Hitch reacts by throwing his arms up in the air and sitting back down in his chair.

Patrice: If you had to decide between keepin’ either yo wedding ring or those stinky boots, which one you going for?

Hitch: With the boots I get two.

Hitch: Patrice, it’s like this…I got these boots now over twenty years ago…it’s sort of like a connection to my past…every dent and wrinkle gets kept and remembered, bringing me back to who I was, who I am…look here…(he points to a deep scratch in the side of his right boot)…you see this scrape? This happened when I was rushing to get to the bakery for your Mom’s on Mother’s day. I  was rushing up a storm, going through all kinds of traffic, work keeping me late and all kinds of drama just to get Mama’s favorite pastry…those tricolored italian cookies she liked so much and when I was crossing the street and made it over to the sidewalk I tripped and fell over a metal stack a garbage…got snagged, tore right into my boot…I was furious and I blamed your Mama but after she gone…I sometimes notice that gash and it brings me back, makes me think about her, makes me think about how happy she was when I opened up that pastry box and her eyes lit up and….oh, I know I must sound so damn stupid, making such an analogy, I admit it’s a pretty strange analogy but it rings true to me and…this one here…(points to the top of his left boot) …I got this indentation, looks like a thumb print, when Loronzo hit his first three in that game against…the panthers. I jumped so high but my foot was caught under a piece of the bleacher and it pinned me down when I jumped or tried to jump…pulled out my knee and everything but I was so proud of our boy that day, nothing mattered…I look at that dent, top a my shoe, each day go by…think of our boy, think of our Loronzo…

Patrice: …You got any of me?

Patrice: Give me one.

Hitch: That day I lost half a shoe lace…when I rushed you to that hospital for those cramps you was gettin’ that time.

Patrice: Yeah, I remember.  Does that count if it’s a shoe lace, not the shoe?

Hitch: Oh yeah, yeah. I got the same shoe laces too.

Hitch: Yeah, I tie them up.  Extra knots is all.

Patrice: Gonna put them boots in a museum.

Hitch: I wish. Ain’t nobody interested in my life story.

Patrice kisses the side of his head.

Oh…now, I ain’t changed my underwear in fifteen years.

Hitch grabs Patrice and pulls her on top of him.

Patrice: Oh! Hahaha. You better have!

They laugh together and kiss.