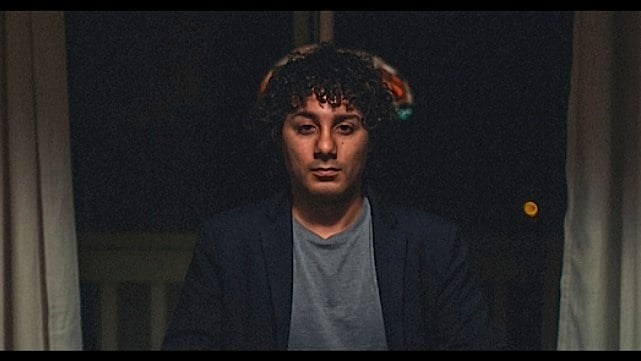 In the serio-comedy play, Edit Out The Sad Parts, Carl talks to his wife about a memory he has from childhood about saving a mouse trapped in a cage.

CARL: I’m kidding, no mouse went in my mouth. Alright, I’ll tell you the story, the edited version. As I said, I came across this program, it was just discussing inhumane ways to trap mouses. I don’t even know why I kept watching it.

Well…I ended up watching the whole thing, there was a part which showed someone who made their own electric shock device for rodents and I remembered how I stopped my older brother from making one, when we were kids.

I mean, he did build one and it worked cause he actually caught a mouse…we had mice in our apartment at the time and you know, my brother was always figuring mechanical things out and he made this metal cage with wires attached to it, but..I never told anyone what I’m about to tell you.

I was in the apartment by myself one evening and there was a loud noise, like a thump, that came from the kitchen. I went into the kitchen and I heard it again coming from under the sink. I opened the cabinet doors and sure enough there was a mouse frozen stiff inside my brother’s metal cage, getting electrocuted, but not enough to where it was dying, only enough to where it was frozen, like in shock and I panicked…

I took hold of the battery that was generating the power and I ripped it right out of the cage and the mouse was free…it took off running through a crack in the wall.

When my brother came home he went nuts cause his invention was ruined and we got into an actual physical fight that my other brother had to break up.

I never told him that he caught a mouse and I let it go, I just told him that I took an interest in it and wanted to see how he built his cage. He put it back together again and I figured out how to disconnect one of the wires without him ever noticing and after a few weeks he gave up on the idea of catching mice because there weren’t any results and eventually my mother told him to throw out the device. 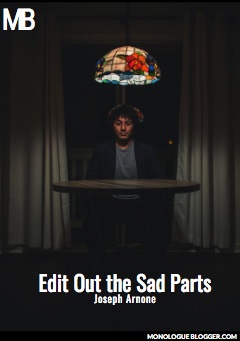 In the one-act light drama eplay, Edit Out The Sad Parts Carl tries to shake the mistakes he’s made in his past.  1 Woman, 1 Man.  Light Drama.