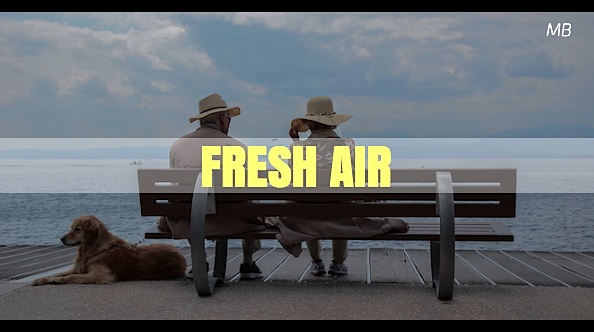 In this short contemporary acting scene for two actors, KITTY and MORSE are friends for years who meet regularly for company. This is lighthearted comedy.

Morse:  Life has been a piling up of one lousy day after the other for me lately.

Kitty: Why do you say that?

Morse: Because I can’t take all this pressure I have on me.  Soon as I get rid of one headache, two more seem to get dumped on me in its place.

Kitty: Go on a vacation?

Morse: Can’t do holidays, Kit.  If I go away, everything is likely to crumble.

Kitty: Pulled my back yesterday.

Morse: I didn’t notice. You okay?

Kitty: Eh.  That’s cause you met me while I’m sitting.  If I stand up I see stars.

Morse: Why the hell did you meet with me then?  We could have gotten together next weekend.

Morse: You could have opened a window and called me on the phone.

Kitty: You know what I mean, don’t you?

Morse: How old is that cat now…twenty-two?

Kitty: Yeah.  Doctor says he can be around another five years.

Morse: He’s gonna out live me that cat.

Kitty: Probably if you keep puffing on those things.

Morse: Yeah, I know.  But I figure, what the hell’s the point in stopping now.

Morse: Believe me, it won’t do much good.

You alright?  You okay?

Kitty: The back.  Getting worse.  Thought by moving it around I’d loosen it up a bit.  No such luck.  It’s like a vise that keeps tightening.  Feel like it’s going to snap me in two.

Morse: Take anything for it?

Kitty: I took an aspirin but what’s the sense.  I’m immune to medicine.

Morse: Want me to crack your back?

Kitty: Are you kidding?

Morse: Not at all.  It might do the trick.

Kitty: Morse, please, you might outright kill me and you’d have to live with that.

Morse: Kitty pie, I can just nudge the vertebrae and I bet you a bundle that it will free up your back some.

Kitty: How do we do this?

(Kitty tries to stand and Morse helps her all the way)

Morse: Now…I go from behind and I put my arms over your chest?

Morse: I’m not trying to cop a feel, Kitty.

Kitty: Believe me, I can use a feel but that’s not the issue.

Kitty: I don’t have no bra on and I’m sagging all over the place.

Morse: I think that’s the strangest thing I’ve ever heard in—

Kitty: I don’t want you to hurt me.

Morse: Kitty, I would never hurt you.  I’d kill myself first before I ever thought of hurting you.

Kitty: Well, I don’t need to additional agony.  Knowing you, I’ll end up in the hospital and then forget it, you might as well call the funeral home.

Morse: All I have to do is put my arms over your chest and gently raise you up above the ground and crack your back with a slight jiggle.

Morse: No.  it’s not.  I used to crack Elizabeth’s back all the time.

Kitty: look how she turned out. Crippled.

Morse: That had nothing to do with me cracking her back.

Kitty: Forget it. I rather have the pain.

Morse: Just give it one try.  Do something adventurous for once in your miserable life.

Kitty: Okay, you bastard.  Crack my back but if you kill me, I swear I’ll kill ya.

Morse: Don’t worry.  This will only take a second.

(Morse gets in position.  He stands behind Kitty.  He places his arms across her chest and gently raises her in the air at a slight angle and sets her back down immediately on the ground)

(Kitty is standing frozen and not moving)

(Kitty breaks into a dance)

Kitty: I feel happy, so happy and freeee.

Morse: Are you cured?

Kitty: I cannot believe it?  I have no pain whatsoever.  You fixed my back you magic man you!  I’m so happy!

Kitty: Thank you so much Morse!

(They hug and then their embrace becomes attraction.  Morse kisses her one tap on her lips)

Morse: I’m sorry Kitty.  I don’t know what came over me.  I was sort of lost in the moment for a second there.

Are you mad at me?

(tears in her eyes)

Kitty: I ain’t mad at you.  No ones ever kissed me since Jack passed.

Kitty: Do it again.

Morse:  You want me to kiss you again, Kitty?

(Kitty closes her eyes and puckers up her lips unmovingly)

(Morse leans in to kiss Kitty.  This time for a count of five seconds)

Kitty: I taste hotdog with ketchup.

Morse: Excuse me.  Yeah.  I slammed a dog before I met you today.  On my way over.

Kitty: Well, I guess you’ll have to buy mints from now on before seeing me.

Morse: Mints it is.

(Morse sits back, placing his arm round Kitty.  They stare out together)