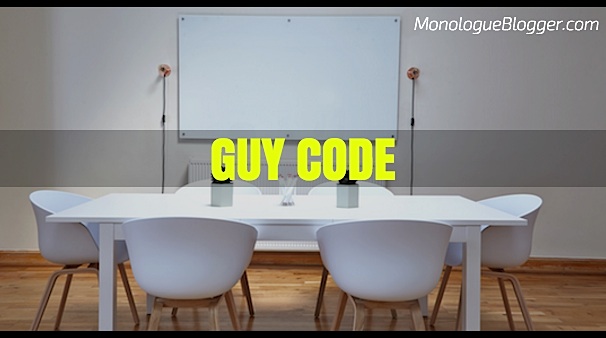 Dorsey: Phil, thanks for meeting me.  Grab a seat.  Now, just a few things cause I’m pretty ramped up and I need to get things straight in my head first about this because I don’t want to have the wrong reaction.

Dorsey: Were you smoking weed in the stairwell?  Yesterday afternoon?

Dorsey: Hi Tanya, grab a seat.  I was just asking Phil here if he smoked weed in the stairwell yesterday.

Phil: Why bother asking me if you no I was smoking up?

Dorsey: Tanya, let me have another look at your phone, please.  We believe in policy, Phil…company policy.  We owe it to you to give you the respect of asking you what you did wrong as a way to validate and comprehend the fact that I’m firing Tanya.

Tanya: What?  Why me? I wasn’t the one smoking weed while working!

Tanya: I will sue the company.  I have proof.

(Dorsey deletes the image of Phil in Tanya’s phone)

Tanya: What? Are you out of your mind?

Dorsey:  We believe in loyalty and honor.  While you were busy ratting on Phil here, Phil was busy keeping his mouth shut.

Dorsey: Please grab all your belongings.

Tanya: I did something good.

Dorsey: No, you didn’t.  You actually wanted to hang Philly boy because he outworks you and you know that promotion is coming up next month and you want in.

Phil, when Tanya is done fleeing, you can grab your stuff also and head out.

Dorsey: You were caught smoking weed, dude, you’re out.  If my boss finds out I lose my job.  I can’t let that happen.

Phil: Why did you say all those things you said?

Dorsey: Guy code man.  Just looking out.  Tanya had it coming.  She’s a snake and you had a shot but you blew it.  What can I say, pal?  Shit happens.

Phil: This is bullshit!