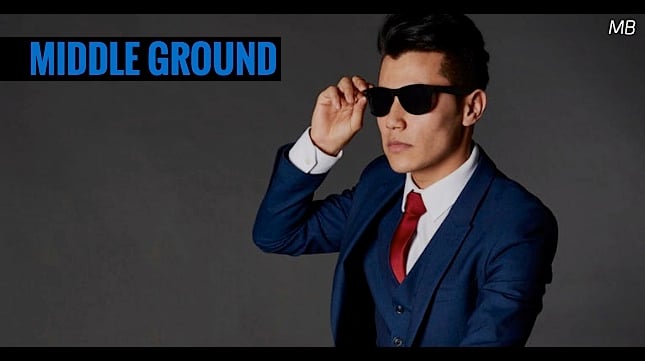 Middle Ground is a dark scene between SAMUEL WINTHROP and HELENA discussing a man who is jeopardizing there establishment.  1 woman, 1 man.  Drama.

Samuel: We need to keep him out.

Helena: Isn’t that what we are already doing?

Helena: What do you suggest?

Samuel: I’m not exactly sure. It seems as though he continues to get past our blockade. All we are truly accomplishing is delaying his momentum. Nothing seems to keep him down. We must get more creative.

Helena: I could make a few calls…

Samuel: You may. But understand that not a hair on his head gets touched.

Samuel: Need I remind you as to who he is?

Samuel: The point of the matter is to hold him off for as long as possible. I do not doubt he will break through. He has my genetics. He will surely break through.

Helena: Do you believe this will all come to a head?

Samuel: Most certainly. When it does, I will have no choice but to tell him the truth of his bloodline.

Helena: Do you think he will believe you?

Samuel: He will have no choice. The facts are simply the facts.

Helena: What do you imagine he will do?

Samuel: Well, for one I don’t imagine anything. I am most certain what he will do. (beat) That, I’m afraid is what I fear most.

Samuel: How shall I convince him to join our way? It must be done of his own accord. Yet, he wants to distinguish the very existence of us.

Helena: I don’t believe he will wish to exterminate his own kind.

Samuel: That is yet to be seen. Right now he is full of courage, of values, of motivation…he has a vision. It all makes sense.

Samuel: That the very fiber of our right to live has the potential to eat itself, despite oneself.

Helena: What if we beat him to the punch and bring him in?

Samuel: I’ve considered that option but it won’t work. It will only fire him up.

Helena: Sir, it appears as though it will come down to us or him. The two cannot coexist.

Samuel: It will be his decision.

Helena: But you are the one to decide. Why him?

Samuel: It will be the better option. If we give him the power, sooner or later it will drop over him.

Helena: I don’t know in what manner exactly, but I understand your theory.

Samuel: He will find his own trouble and do himself in when the time comes.

Helena: Sir? What if he doesn’t?

Samuel: Then I may be forced to encounter the unthinkable. As we’ve stated, it will come down to him or us.

Helena: Perhaps there is a middle ground?

Samuel: Perhaps but not likely. Not with his energy, strength and conviction.  One thing is for sure. We will not crumble…