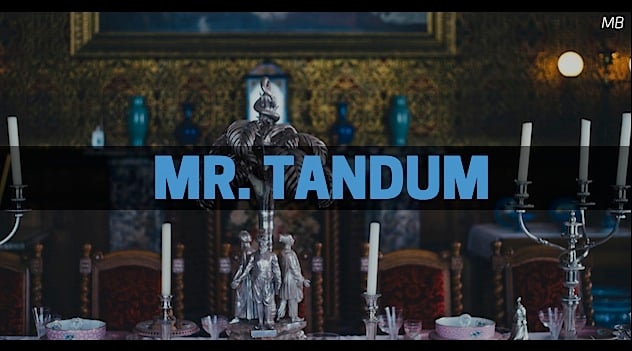 This is a short scene with 4 characters for actors to play.  2 men and 2 women.  This takes place in England during the Victorian era.

Victoria: You speak so very well of Mr. Tandum and yet, he is viewed as quite a radical amongst closed circles.  He appears to be a bit, eccentric.  Do you not agree, Florence?

It’s always been advised to stay away from such confused men.  If a man does not know his true calling, then why not simply look the other way?  He doesn’t seem to have the proper manner, the discipline, the correct demeanor of a Mr. Bennett or a Mr. Arnauld or my brother, Charles…

(lowering her voice) I have also heard that Mr. Tandum’s father was a bit of a reckless one…that he would abandon his family for long periods of time and travel across the country selling false cures and potions to the sick!  This I know for certain.  Mmm.  Indeed.

Point being my dear Florence, is that I have heard of a possible, oh, I don’t really want to use the word…courtship…which surely must be falsified truth…between you and this Mr. Tandum.  (she laughs) I am certain that such talk is ridiculous.

One can only imagine where such fabrications of reality get made.  (she chuckles)  It is pure theatrics.  But, where was I?  Oh, yes!  May I remind you that my brother Charles will not hear of such nonsense, as I am most certain it will humiliate any further advancements he has in mind for you.  Mmm. Indeed.

There you are…can Friar offer you some more tea?

Charles: So this is where all the sunshine went.  I should have known.  (placing umbrella down)  It is quite a storm outside and it’s bound to get worse.

(Charles joins them at the table)

Victoria: I was just informing Florence about your interest in traveling abroad.

Charles: Oh, were you?  Why, yes, that is certainly something I am in need of doing.  For both pleasure and business, really.

Florence: I was always of the mind that one should never mix business and pleasure.

Charles: Apparently, who ever spoke such words must have done themselves a great bit of harm, I would imagine.

Florence: My father always dealt with matters in such a strict manner.

Charles: I see.  Well, a little bit of joy amongst business—

Florence: My fathers joy was his business.  (beat)  Forgive me, if I have spoken out of turn.

I’m feeling a bit flush.  Do you mind if I use the ladies room?

(Florence walks out of the room and down the hallway)

Charles: Florence did not seem…she’s upset.

Victoria: Oh, it must be–

Charles: Victoria, did you say something to her?

Victoria: Whatever do you mean?  How dare you—

Charles: Stop it!  Don’t take me for such a fool.  I am all to wise to your wicked ways.  Shh!  Don’t you dare utter one single word against me.  You always seem to create problems, these little seeds that you plant, that suddenly grow and expand into wild choking vines for any person you decide to aim them at!  I’ve seen it done all too often.

Victoria:  Charles, I am shocked by your accusation.

Charles: Victoria, if word gets back to me that you have poisoned my chance of happiness, so help me God, sister or no sister I will be sure to match evil against evil.

Is that clear?  Go check on Mrs. Galloway before you embarrass yourself any further.

Mr. Friar…what was spoken while I was away?

Charles: Is there any truth to this?

Mr. Friar: I have no way of knowing, sir.  Would you like me to travel into town and place an inquiry?

Charles: No, please don’t do that.  From what you overheard, does it seem plausible?

Mr. Friar: Sir, I must say in all honesty, that Mrs. Galloway, the sound in her voice, that is…sounded like a woman who was concerned.

Charles: Surely, this must have been due to the rumor…her reputation.

Mr. Friar: I believe it alluded to something more, sir…but I cannot say for certain.

(Mr. Friar walks out of the room)

(to himself) Well done.