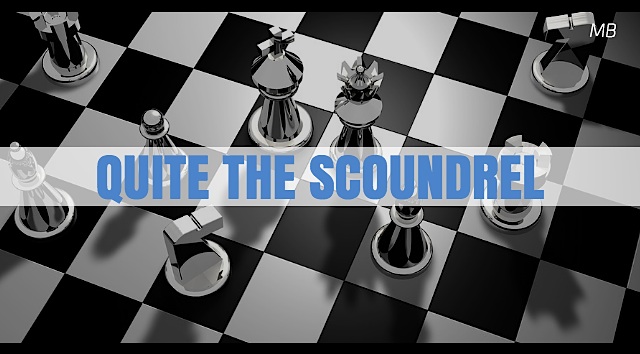 This is a comic sketch scene for 3 male actors.  The action takes place inside a cobbler shop in England.  3 male characters.  Comedy.

Chester: He left this for you.

Charles: “Even in death I beat you!”)

(Charles laughs.   He crumbles up the paper and throws it in the face of Chester.)

Chester: There was no need for that, sir.

Charles: Then I’ll dig him up and then chop through his flesh.

Chester: Yes but, he’s been cremated and then buried.

Chester: That was his wish.

Charles: But why bury a man’s ashes?  Why not go out to sea or something more honorable?

Chester: He was a fickle man.

Charles: Where is he buried so that I may pee on the soil of his grave. May it drip down and soak up his ashes into clumpy balls of urine.

Chester: That is quite an image, sir.

Charles: Where is he buried?!

Chester: The exact location was actually drawn on the back of the paper you crumpled up and threw in my face…sir.

(Charles sticks out his hand.  Chester hands him the ball of paper.  Charles opens it up and studies the drawing.)

Charles: Why was the exact location drawn to this scoundrel’s grave?

Chester: He drew it himself.

Chester: Yes, sir.  He already had the plot.

Charles: Strange.  So very strange.  Why would he take the time to draw me a map to the location of his grave, before killing himself?

Chester: That, I am not sure, sir.

Charles: Hmmm.  I better not.

(He hands the paper back to Chester)

Charles: It’s a trap.  I wasn’t born yesterday.  This bastard wants to get one last laugh so he may rest in peace and I will give him no such pleasure.

Chester: There may be truth to your claim.  Why else would a jokester and a scoundrel and a fool such as Marlowe create this drawing?

Charles: Hah!  Exactly my good man. Looks like I’ll get the last laugh after all.  (beat) Good day.

Chester: What if that drawing is more than a direction to his grave site?  What if it leads you to the debt he owes you?

Chester: Perhaps Marlowe wished to pay you back from beyond the grave.

Charles: Urban legend does say that in order to move on to the next world, one must be given clearance of all debts in the afterlife.  Perhaps you are right!

Charles: Perhaps!  Well now, I will follow the map and…no.  Maybe this can be my revenge. By not retrieving his debt, I can get even with him after all these years.

Chester: That’s a hard bargain, sir.  It will put a spot on your own soul.

Charles: Hmmm.  I will sleep on it.  Make my decision by morning.

Marlowe: Did he buy it?

Chester: That will be the amount we agreed on please.

Marlowe: Can i pay you tomorrow?

(Marlowe pulls out a few coins and hands it to Chester)

Chester: A deal is a deal.  I risked the well being of my shop for you.

Marlowe: That you did.  Thank you.

Chester: Sir? How do you plan on never encountering Sir Charles?

Marlowe: I will wear a disguise.

Marlowe: For as long as it takes.

Chester: And what if he visits the grave and doesn’t see your name?

Marlowe: I picked an unnamed gravestone.

Chester: You are quite the scoundrel.