Acting Acting Craft Blog Create
March 23, 2020December 7, 2020 MB Team How to Know When It's Time to Give up Acting, I Don't Believe I Want To Be An Actor Anymore, I Feel As Though I Am On The Verge of Quitting Acting, I've Always Wanted To Be An Actor, Is It Time For Me To Give Up On Acting?, The Actor You've Always Wanted To Become, UNderstanding The Reality Versus Dream of Being An Actor

The Actor You’ve Always Wanted To Be explores the reality versus the dream of being an actor and examines the infamous question, Should I Give Up On Acting?

The Actor You’ve Always Wanted To Be

Should I give up on acting?

This is a question many actors have asked themselves. The important thing to understand is that you are not alone. One of the most frustrating aspects of being an actor is that, at the beginning of ones career, there is way too much time between each acting gig.

Often successful actors speak of the time in which they were ready to throw in the towel and give up, little did they know that their next gig was just around the corner, which then led to their big break.

This isn’t always the case, not every single actor gets to the height of fame, wherein they are constantly being sent scripts on a monthly bases. This is what one thinks of as ‘the dream’ but life doesn’t always take us down the path we have cemented in our minds. Sometimes it takes us down various paths that strangely enough can become even more fulfilling than being an extremely successful and always working actor.

One thing to acknowledge and to try to accept is that life never entirely goes the way we planned for it to go or how we desperately seek for it to go.

There are so many talented actors out there that are questioning their talent.  Should I give up? What is the point in all of this? Why am I constantly giving so much of myself to an art form that is giving me so little pleasure in return? And they are right to ask these questions.

Any actor who has been working hard enough will come to this fork in the road, but deciding on which route to go is often the most difficult decision.

Perhaps you are here now, in the questioning phase, wondering when that next audition will be and wondering if there will ever be another.

It is hard to chase a dream that feels as if it’s slipping away from you, you have asked yourself every question under the sun; what if I took that acceptance letter from drama school? What if I had started in smaller acting gigs at a younger age? These questions can drive you mad and they will succeed in driving you mad if you do not control them. The important thing to do is to put these thoughts and questions into their proper perspective.

It started with a dream.

Perhaps, it was many years ago when you were a young child, you made a decision on a Sunday afternoon when watching your favorite classic movie that you were one day going to be a part of that world.

You saw it all, the lights, the friends you would make, the late nights of discussion with your fellow actors, fellow writers and directors…you wanted to be a part of that world, you were preparing yourself to give it your all and wanted to work hard for it. You even saw the glamorous side, maybe you’d get a chance to wear an elegant suit or beautiful dress and dance the night away with people you admired.

It is a beautiful dream. 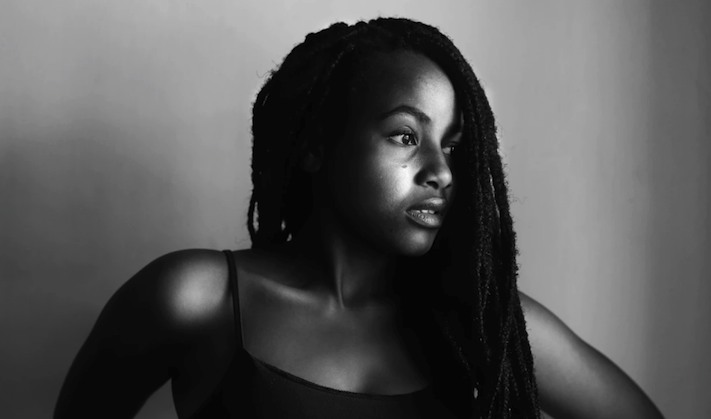 Unfortunately not, many successful actors have confessed that it is nothing like the initial dream they had. That isn’t to say that they haven’t experienced euphoric moments filled with great satisfaction and fulfillment. But those are moments that do not last for long. The reality is that there were more hard times than good on the road to achieving success. And some have suffered great lows with the pressures that have come with being a successful actor. Pressures that they weren’t entirely aware of or ready for.

Acting was a ‘choice’ you made.

When you realized that it wouldn’t necessarily be exactly what you dreamed of, that passion still grew strong. You got involved in acting classes, you had wonderful moments when you were making a film or short play…and it was then that ‘you made that choice’. You said to yourself, ‘No matter what I do, I’m going to be an actor’. No one forced you, no one said, ‘I won’t love you, unless you become an actor’.

It was a decision you made for yourself, despite understanding the hardships you will face. Knowing this should give you your strength, in which you are ultimately in control of your life’s chosen path, without delusion.

The time between acting work.

Perhaps it’s been two years since you have worked on a project. Is this normal? Yes, completely normal.

The best way to understand the lives of actors is read about them through their autobiographies and biographies on them.

Laurence Olivier, Marlon Brando, Greta Garbo, Kim Stanley, to name a few. You will see their great hardships and how the majority of actors went through years, even after great success, years in which they did not work.

So, YES it is normal and YES…it is the life of an actor.

What should I do between acting jobs?

The time between acting work is the time to get busy living, earn money in other ways and take up hobbies that fulfill you creatively.

Art, writing, producing…you can spend endless hours in a museum and learn everything you need to know about the human face, to study every sculpture and painting will give you a world of character. Sketch, paint, learn an instrument, write, produce. You might not be the best sketcher, but what is wrong with expressing yourself through other art forms, until acting becomes your ultimate vessel?

Last but not least, if you really want to act, what is stopping you? You can produce your own plays, your own films, today it can cost you close to nothing and you can still be the actor you’ve always wanted to be.