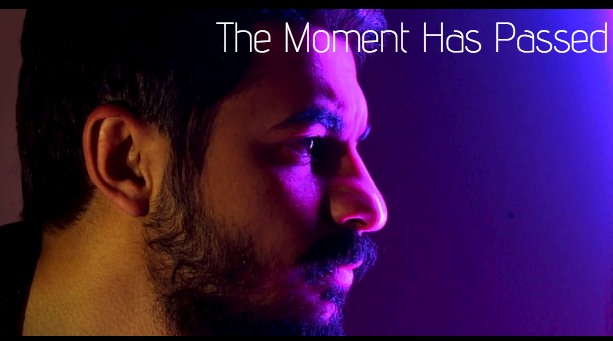 In the scripted scene The Moment Has Passed, Ben has a run in with Ricky, a friend who’s been dodging him because he owes him money.  Drama Scripts for 2.

The Moment Has Passed

BEN: Ricky, where you been?

RICKY: Oh, hey, I was gonna call you man.

RICKY:  Later today, I was just thinking about calling you later on today.

RICKY:  Good, good, just busy.  I would have called you sooner but I’ve been working a lot at the factory, so…

BEN:  No, it’s cool man, I figured you’ve been busy and everything.  Things alright on the home front?

BEN:  She gave us quite a scare.

RICKY:  …I gotta bring these groceries back home.  I got ice-cream and don’t want it to melt.

BEN:  What kind of ice-cream you get?

RICKY:  We don’t have no spoons.

RICKY:  But how you gonna eat it?

RICKY:  You for real?

BEN: I love Häagen-Dazs, any flavor, any time.

RICKY: …Look, man…I, I don’t have ice-cream in the bag…I was just saying that…

BEN:  Oh yeah?  Why were you just saying that?

RICKY:  Cause I don’t have your money man.

BEN:  Money?  I wasn’t asking you about any money.

RICKY:  Yeah but I owe you the money for helping me out with my situation and I’m behind in my bills, which is why I’ve been working so much, doing loads of overtime so I can clear things up at home and pay you back.

BEN:  I never said anything about money.

BEN: I’m not upset about the money, Ricky.  I’m upset that you’ve been treating me bad.

BEN:  Very bad.  You keep dodging my calls, ignoring me on social…just cause I lent you money and you don’t have it, doesn’t mean we’re not friends, right?

BEN:  So why you not treating me like a friend?

RICKY:  I thought you were mad at me.

BEN:  I am mad at you but not for the reasons you think.

BEN:  I was there for you, for you and your girl, I helped you guys out when nobody else would, I had your back and I got you through a tough situation and then you disappear on me and it’s not cool, you kind of leave me thinking about things.

RICKY:  No, it’s, I know, I know man, it’s that I know how, you know, I know that if I don’t have the money and all, I just wanted to see you when I had the money so I can pay you back in full—

BEN:  I get it, relax, I get it…you can’t run that far Ricky and besides, I can find you at any given time.  You know that, right?

I just wanted to see if you’d reach back, that’s all and you didn’t and now I’ve been disappointed and you lie to me about the Häagen-Dazs and I was really in the mood for some Häagen-Dazs.

RICKY:  You want me to go buy you some Häagen-Dazs?  I can go back in the store and get you some bro.

BEN:  The moment has passed, Ricky.  You put a bad taste in my mouth instead and it’s just sitting there lingering.

RICKY:  Does it mean bad things for me?

BEN:  It means that you are breaking our trust as friends.

RICKY:  I want to be friends.

BEN:  Are you sure you still want to be friends, Ricky?

RICKY:  Honestly, there’s nobody else I’d rather be friends with.

BEN:  No.  Friends is good enough.  Listen, I’m glad I saw you, I’m glad things are good again for you and your girl and that you’re working hard.  Just remember who your friends are.  I’m not mad at you, just disappointed but I’ll get over it, so long as you keep in touch with me.

BEN:  Don’t be sorry unless you really mean it.  Nothing I hate more than when someone says sorry because they have to, not because they really want to…just do the right thing by me, when you can and we’re all good.

RICKY:  Okay, thanks, thanks Ben.