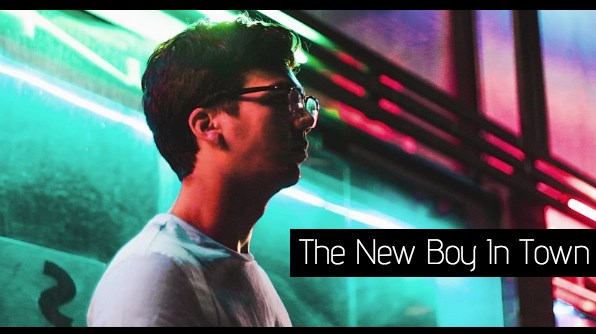 1 Woman 1 Man Drama Scripts 10 Minute Scripts 2 Person Scripts Blog Drama Scripts Scripts
December 27, 2022December 27, 2022 Joseph Arnone 11 YouTube Scripts Taking Place in 1 Setting, Short Scripted Scene for 1 Man and 1 Woman, Should You Risk Your Job for Someone Else?, Taking A Risk of Losing Your Job for Someone Else, Workers Fights To Not Get Fired from Boss, Workplace Environment Scenes for Men/Women

In The New Boy In Town, Sally is on the verge of firing Fred who is lagging behind the other workers with packing and shelving boxes in a warehouse.

The New Boy In Town

Sally and Fred sit across from one another at Sally’s office desk.

FRED: What do you mean, I had my best performance today?

SALLY:  Your best still lags behind.

FRED:  Yeah but if I keep improving, doesn’t that mean I’m gonna get there?

SALLY:  We really don’t have the time to push you along until you fully qualify.  The other guys are getting pissed off about it cause you’re cutting into their workload.

FRED: But they all know I’m trying and they all said they would help me cross the finish line.

FRED:  Please, just give me a few more days, I’m so close, I’ve just about committed to memory all the items in all the isles, I almost know where everything is so, I’ll be faster.

Fred gets up, closes door, sits down.

I could lose my job.

SALLY:  Shhh, let me finish, let me…(sighs)  If you weren’t my husband’s cousin, you’d have no shot, you realize that?  No shot.

SALLY:  Shut up, Freddy.  (beat)  You can’t come to work stoned out of your mind.  I don’t give a damn what you do during your off-hours but when you come here to work you need to be diamond sharp.  There are rumblings about you I’m hearing that there’s something wrong with you, you’re on drugs, you drink, on and on and on and I keep covering for you saying that you’re a little slow but that you will catch up…I have my own manager breathing down my neck and so far I haven’t had an issue YET, but I know it’s coming, I feel it and I have my own family to think about…there’s gonna be drug tests coming up and if you aren’t clean, you’re out.  This isn’t a charity and this isn’t something for you to do until you get your paycheck tomorrow and you’re out, that’s not what we discussed.  This is something that you’re supposed to do as a career.

FRED:  Yeah, packing boxes and shelving them, some career I got into.

SALLY:  That’s not my problem, Fred!  I gave you this job cause I know your situation but you can’t make your problems my problems.

FRED: And how’s Charlie, Charlie ever mention me or ask for me?

FRED:  Yeah but does he ever bring me up?

FRED:  Like does he ever ask how I’m doing?

SALLY:  He’s been working double shifts cause of all the snow we’re getting so I haven’t really spent much time with him.

FRED:  Who watches the kids?

SALLY:  The kids are old enough to look after themselves but young enough for me to support them.

FRED:  You know, I haven’t seen Charlie in like a hundred years, it’d be nice if he ever said hello or something, you know?

SALLY:  He’s the reason you have this job.

SALLY:  He told me, he asked me and I said I’ll see what I can do and here you are.

FRED:  He couldn’t get me in where he is, a union job or something?

SALLY:  He’s trying Fred, it’s not like you have a squeaky clean record, let’s be honest.

SALLY:  You need to get clean or you will lose this chance.

SALLY: Alright Fred, I can see you’re not hearing what I have to say—

FRED:  I do!  I heard everything, alright?  I’m gonna straighten up and pack boxes like the Road Runner, alright?  Zipping by like I’m flying.  I’m gonna make the other packers look like snails, yeah, stupid snails and I’m gonna be done first, gonna beat that fat bast’d Billy who thinks he’s hot sh’t and I’m a show him that there’s a new boy in town.  I have speed in me.  I’ve always been fast like Bruce Lee.  I’m serious.  No, I’m serious, don’t laugh.  I’ve always been super quick.  I promise you, I’m not gonna let nothin’ slow me down anymore.  It’s Speedy Gonzales time.  Just give me this one last chance to show you I can do it, Sally, cause I can.  I know I can.

SALLY:  I’ll give you one last chance Fred, but you need to clean up.  The drug test is gonna happen soon and it’s gonna take time for you to clean out your system.

FRED:  I got stuff for that, don’t worry.

SALLY:  I don’t want to hear about it.  Get clean, stay clean, do fast work, make no mistakes and everybody’s happy.

FRED:  And who was the one, it was fat ass Billy, right?  Billy was the one talkin’?

SALLY:  I’ve heard complaints from everybody.

FRED:  Oh, so they’re ganging up on me.  Figures.  They don’t want to let me in their little packing club, I see.

SALLY:  Fred!  Just do your freaking job.  This isn’t High School and nobody cares about anything as long as you do the right job.

SALLY:  And grease your brain.  When that test comes up—if you fail, there’s nothing I can do to save you.  It’s on you.  I’ve done all that I can.