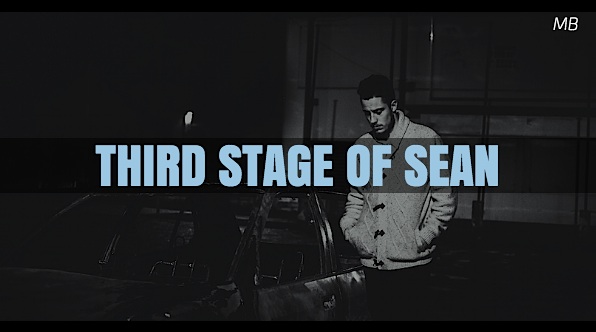 In this short dramatic scene for two people, MALLORY talks with her boyfriend SEAN about not stressing over his loved ones as much.

Mallory: You can’t be all things to all people.  You have to stop guilting yourself over your father.  It’s not your fault.

Sean: It is my fault if I could have stopped it.

Mallory: You couldn’t have.

Sean: That’s where you’re wrong, Mal.  I know I could have but I was to busy doing drugs and being a clown all those years.  Not putting in the time like I should have and now look…

Mallory: But that shouldn’t be on you, it’s all in your mind.

Sean: …Maybe it is because maybe it’s supposed to be.  Maybe if it was in my mind sooner I could have changed a lot of people’s lives.  I could have done a lot more good.

Mallory:  Don’t you know how to put yourself first?

Sean: You see, that’s the problem right there…before you met me, that’s all I ever did, that’s all I ever was…I came first.  I was self-absorbed, selfish, didn’t care about no one and nothing but whatever was going to get me wherever it was I thought I was going…the no where road.

Mallory: You’re right.  I didn’t know you, this other self you go on about but I know who you are since I did meet you and how you torment yourself over others.  It’s not healthy and it’s too much.

Sean: I deserve it.

Sean: Because I am.  Whatever made you think I was smart.  I’m as dumb as a goldfish.

Mallory: No you’re not.  You’re stupid for saying that.

Sean: But I am.  Open your eyes!  Don’t you see what I am?  I am a man who missed out.  Get it?  I missed out because I was too stupid to get in on the action when I should have.  Had I gone in, I would have been able to change things.  But my mind was in the toilet…always in the toilet.

Sean: I don’t expect you to understand.  I’m sorry.  I shouldn’t have to put this on you.

Mallory: You’re not putting anything on me Sean.  Okay?  I just want you to come to your senses.  You always go through these demon spells.  You get down about yourself and your life for two or three days before you snap out of it.  It’s been longer than I’ve ever seen and–

Sean: So what?  Maybe this is who I’m becoming now.  Maybe I’m evolving into a third stage of Sean.  First there was the inconsiderate-I-don’t-give-a-shit Sean, then the I-care-too-much-about-everyone Sean and now it’s the I’m-jinxed-let-me-be-miserable Sean.

Mallory: No, it’s the you need to calm down Sean.  (pause.) Are you done now, drama queen?

Sean: I’m aright.  I just don’t want to see him struggle.  I don’t want to hear about my brother losing his leg or my sister having a miscarriage or my cousin dying of aids or my…my…ah, man…I miss my dog.

Sean: I feel responsible for everyone.

Sean: I want everyone I love to be alright all the time.

Mallory: I know. I know.  I want my family to be alright also.  Looks what happened to my dad…right?

Mallory: This is the way it is sometimes.  All any of us can do it bind and hold.

Sean: You don’t mind if I hold a bit tighter from time to time?