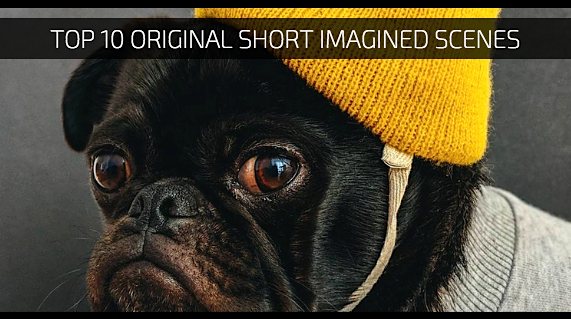 DON’T LEAVE ME WITHOUT MUFFIN
Ginger tries to make her escape by leaving home during the middle of the night but her mother comes out of her bedroom to catch her.

HIGH PLACES
One night on college campus Harrison meets Tiffany.  After the two hit it off she disappears.  Harrison tracks her down and learns that her life is much different than the one she showed a few nights prior.

TREAT ME NICE
Corinne and her Mom only have each other but they don’t have a very good relationship.  When they speak about Corinne’s father, there may be a small enough opening to help them make their relationship mean something more.

LOST AND FOUND
After losing their friend to suicide, two teenagers are compelled to find a better path to living their lives.

WASTE OF TIME
Byron just wants to stay focused on growing his bike company but his parents refuse to permit him anything else but focusing on his studies.

AT THE END OF THE DRIVEWAY
Charlies gets out of prison and visits the home he is no longer accepted in, despite having a son who has never met him before.

DESPITE THE RAIN
Elizabeth is a clairvoyant who gets visited by a private investigator to help him understand a case but also perhaps himself.

THE OTHER HALF OF MADELINE
After being pressured to explain what happened to his sister, Madeline tells her son the painful truth of the tragedy that took place in their home.

OTHER SIDE OF THE CHASM
Chad doesn’t plan on going to college but his best friend Lia sees way more potential in him and refuses for him to not reach his fullest potential.

FADE TO BLACK
Gram is in constant battle with his too selfish sons because he knows all they want is for him to die so they can turn his house into a bed and breakfast.