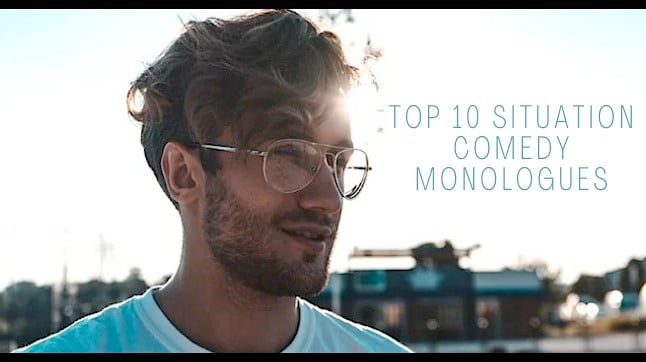 Top 10 Situation Comedy Monologues for men and women are free to use for acting auditions/casting, video uploads, acting class or non-profit short films.

DOG ANXIETY
Zara was asked by her friend to see if she can watch her innocent little puppy but as it turns out the little puppy is a giant nightmare.

THERE HE IS
Andrew hasn’t left newly hired co-worker Pete alone since his very first day because he wants them to be BFF.

DARLING FACE
Beverly is slowly descending into madness is she doesn’t change her life soon.

ACROSS THE FACE
Bobby lends his friend money to produce a play and suddenly realizes that not only can he produce but that he can direct better than his friend too.

MEDIUM
Derek imagines himself as a warrior similar to the movie 300 but unfortunately for good ole Derek, he’s a mook.

UNDERWHELM
Wilma lives the same day everyday like the movie groundhog day but this day will be a different day for Wilma.

GRACE PERIOD
Two guys in an apartment during a global pandemic…life is great.

HULLABALOO
Maggie needs help with her son Michael because he is out of control.

LOCAL GUY FROM THE NEIGHBORHOOD
Phil breaks his neighbor’s balls about what a dirt bag of a father he is but when he gets introduced to his daughter, he gets all lovey-dovey and mushy inside.