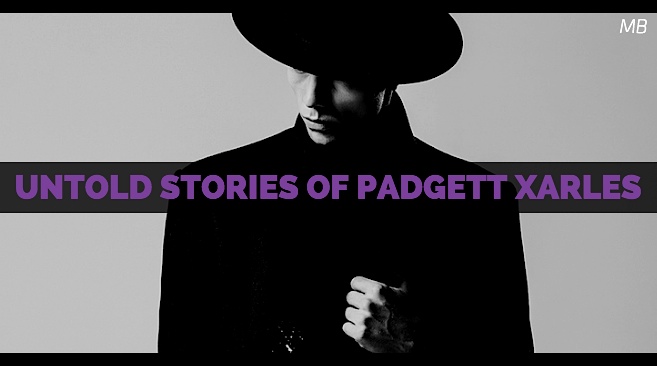 Rich: You can count it.

Padgett Xarles: Count it? I do not count it. I have been doing this long enough to know just by the size of it.

Rich: You trust that I put it right?

Padgett Xarles: I trust that you do not have time to play games. (beat) She has the right to refuse you and if she does, this does not get returned to you.

Padgett Xarles: I am not in the guarantee business.

Rich: When will I know?

Padgett Xarles: As soon as I know.

Rich: And when will that be?

Padgett Xarles: Mr. Richard, you are quite the impatient man. Mrs. Fonda is quite the busy lady. When she receives word, she will have twenty-four hours time to accept or refuse your bid. Is it necessary for me to go over all the rules with you?

Rich: No…it’s not. I…I’ve never done this before and I know the rules, I’ve studied the rules but actually doing it is different than studying.

Padgett Xarles: Yes. That is the way things are…we will be in touch.

Rich: Can I…do you mind if I ask you a question…about Mrs. Fonda?

Rich: Well, is she, I mean, has she ever accepted before?

Padgett Xarles: You did not study the rules very well.

Rich: I have to know because I feel as though this is something I’m doing specifically because she wants me to do it. Otherwise, I wouldn’t get involved in any of this. It’s only for her.

Padgett Xarles: I’m afraid I cannot provide you with that information. Perhaps in time, if things work out between the both of you, you can ask her yourself.

Rich: But I can’t ask her myself, not before everything because it will stifle my plans, it won’t work for her I am sure. I cannot question her. Please, please tell me if she has accepted before. It will remain between you and I only.

Padgett Xarles: Suppose she has…in what way will that change things?

Rich: It will change things entirely because I will know that I am just another buffoon for a night.

Rich: Yes, a man who has been played.

Padgett Xarles: I know what the definition of buffoon is Richard and in what context you are referring to the word but I do not understand why you would appear as such.

You know, this is the game. This is what keeps this society flowing and surviving without more damage than there actually would be. If Mrs. Fonda has accepted before, it is in no way a reflection of you being the man that you are in this town. I understand your need to know. If you were anybody else, you would have already been removed but my impression of you is that of a kind hearted man. That does not mean that if you pester me further about this matter, that I won’t be forced to hand you down and remove you completely. You will be abolished.  I have to stay loyal to what I’ve built. There are rules in place because they work. Without them, the whole system will crumble.

Padgett Xarles: I have no choice.

Rich: On that note, I will leave you to your work.

Padgett Xarles: I do hope that everything falls into place, Mr. Richard.