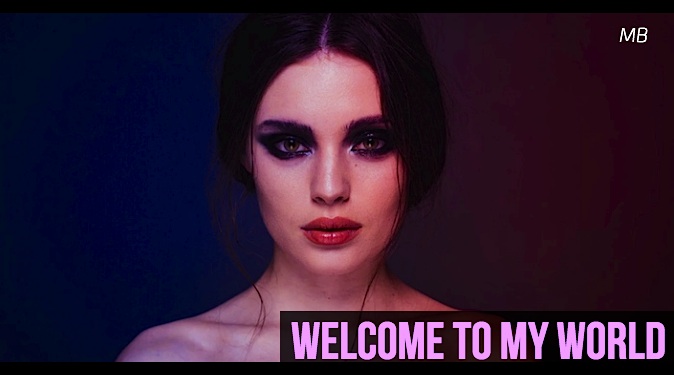 A short scene for two women.  Takes place at a cafe. Doraline and Marla are sisters.

Welcome to My World

Doraline: You make it very hard for me.  (sips her tea)  You act like a mental invalid.  I ask you a simple question and you stutter and stammer.  Why don’t you have clarity of thought?  You go on like there is something wrong with you, as if you’ve been damaged in some way.  Tell me, are you?

Marla: Am I what?

Marla: Not that I’m aware—

Doraline: So why the fuss?

Doraline: You’re doing it now? Don’t you see? This hesitation in your response. It occurs through simple conversation. Why is that?

Marla: I don’t know, I don’t try to be…to hesitate as you put it.

Doraline: This! This fragile little girl. When we were younger you were a tyrant. You were the school bully in fact. Remember when you pulled that boys pants down and kicked him over in the cafeteria?

Doraline: That’s what I’m talking about. How do you go from a tyrant girl to a fragile woman? Makes no sense at all.

Marla: I have. So have you.

Doraline: How have I changed?

Marla: You used to be kind.

Doraline: Ha! What is kind? As opposed to being mean.

Doraline: If I didn’t care I wouldn’t bring up this issue regarding your behavior.

Marla: Don’t make yourself right about your motives.

Marla: I don’t need explaining. Can’t you just let me live my life? Let me be me. Everyone seems to place me under some sort of microscope and it makes me so self-conscious I could scream. I am never allowed the freedom to be me. I want to find myself. I, I, I don’t know who I am and I can’t find me if you don’t let me be me.

Doraline: Alright. Calm down. I didn’t realize you didn’t know who you were.

Marla: Don’t be so damn cute.

Marla: I don’t need your help. In fact, I don’t want anyone’s help.

Doraline: Plenty of help from our father, that’s for sure.

Marla: You think I want Dad’s money? I can’t hold down a job to save my life. I don’t know what’s wrong with me. Obviously, I’m off, okay? Is that what you want me to say? Want me to admit I’m crazy?

Doraline: You are not crazy. You are crazy to think you’re crazy, but you’re not crazy for real crazy.

Marla: Then why am I like this? Why do you all question me? Why am I always gawked at. My life makes no sense to you, how do you think I feel?

(pause.) (they both sip their teas)

Doraline: How’s that guy you were seeing? What’s his name—

Doraline: Does he? He doesn’t speak any English?

Marla: Not a lick. Probably why we’ve been together so long. He doesn’t see it.

Marla: What you all apparently seem to see. The language barrier protects me I guess.

Marla: Is it? What happens when he learns to speak English? I’m screwed.

Doraline: By then—well, actually you do make a good point.

Marla: Welcome to my world.

Doraline: But how do you both communicate?

Marla: Behavior. He nods. I nod. We motion with our hands. Italians can be very expressive just with their hands.  It’s like talking for them.

Doraline: But what about phone conversations or texting?

Doraline: But you talk on the phone, right?

Doraline: You go from there?

Doraline: How do you go from there if he only speaks two words of English?

Marla: We make it work okay? Why does everything always need to be justified?

Marla: We get on really well. That’s all you should care about.

Doraline: I do, I was only curious.

Marla: We have a good thing going okay? Don’t make me analyze it now and screw it all up for me. He’s a nice guy.

Doraline: Right…what does he do toss pizzas for a living? Ha ha ha.

Marla: You are such a cliche.

Doraline: What does he do?

Marla: He…he works in a pizzeria.

But he wants to be a lawyer.

Doraline: Let’s just leave it at that.