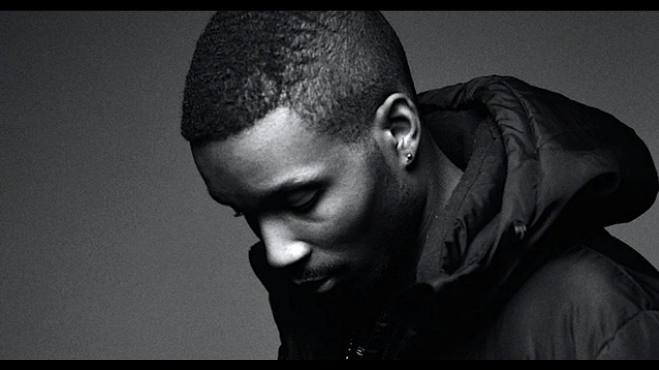 In Everyone’s Chasin’ Somethin’ Clarence opens up to his girlfriend about some of his internal pains he’s been feeling lately.

CLARENCE:  After what Johnny said to me; it was like he passed away, too. Wasn’t bad enough that my father died..wasn’t bad enough that my kid sister was in the hospital fightin’ for her life, but that low life called me and left that voice message…all I ever did was try to be there for him, push him along, give him some guidance, encouragement…whatever stuff I knew about life, I wanted him to know..whatever stuff I believed, I wanted him to believe..it was always about keepin’ on the road, ya know?…I’ve had all kinds of snakes bite me, right in my back..he was the only one left that I always hoped would never turn on me; he was what kept my heart goin’..I know he was drunk, alrite, I give him that much, but the venom, the tone, the way it really meant something to him, to really say what he said to me, to really come at me like I was nothin’ to him…I loved the guy, he was my brother but now he’s like, he’s somethin’ else..he’s in a place where there’s no comin’ back from… 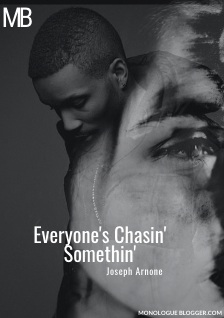 In the one act eplay Everyone’s Chasin’ Somethin’ Clarence and Riza share their perspectives on life, money and travel, all while realizing something very special about one another along the way. 1 Woman, 1 Man. Drama.