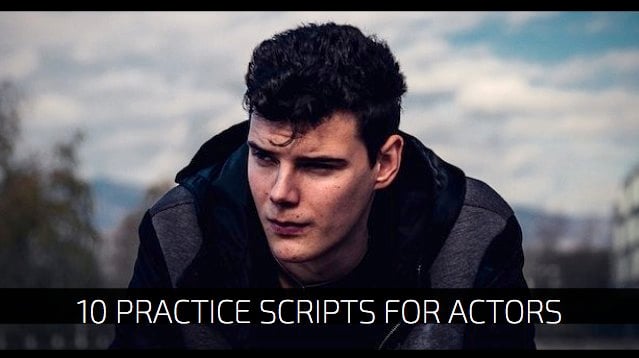 “AT LEAST I WON’T DIE ALONE” from Don’t Leave Me Without Muffin (drama)
Ginger aims to runaway from home during the middle of the night but her mother Diane catches her before she makes her exit.

“HOW DID YOU FIND ME?” from Checking In (drama)
Locating his father after not seeing him for over fifteen years, Rob confronts him with questions he demands to understand in the face of having lost his mother recently.

“YOU HAVEN’T CHANGED ONE BIT” from Scratching the Surface (drama)
After years of not seeing one another Ouzo visits his ex-girlfriend Ellen’s art gallery and throughout the night the two embark on catching up and making new realizations together.

“WHAT DO YOU DO FOR A LIVING?” from Over the Moon (romantic comedy)
Lucia and Arnold are on their first date and everything is going amazing but then things get strange when Arnold admits to Lucia that he’s from another time period in history. 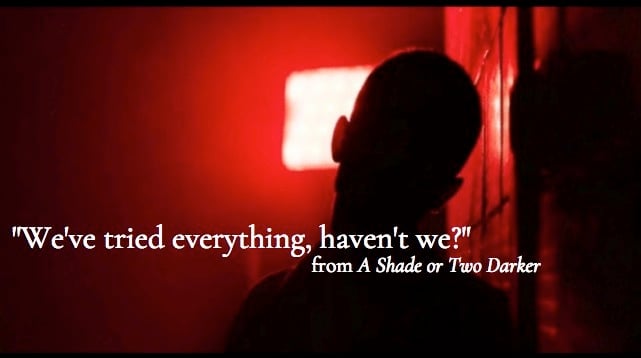 “WE’VE TRIED EVERYTHING HAVEN’T WE?” from A Shade or Two Darker (drama/period drama)
A great divide has taken place between Lion and his parents over the color of his skin, money and his chosen career path.

“I GAVE YOU WHAT I PROMISED” from Night of the Party (dark Humor)
Ronon and Paggie ready themselves to attend another event they’ve been invited to but Ronon doesn’t want to go.

“HAVE YOU WRITTEN ANYTHING ELSE?” from Fishin’ for Misery (dark humor)
Max is a down on his luck indie filmmaker who is at the local dive bar with his friend trying to figure out a way forward in his life.

“I TOLD YOU TO LEAVE” from Even the Color Blue (drama/family drama)
Johan arrives at his parent’s home to visit them and come out for the first time but learns that his father is ill, stopping him in his tracks.

“YOU REALLY THINK WE GONNA MAKE IT TO FRANCE?” from Single Happy Moment (drama)
Priscilla and Doug are on the run for their life, trying to make it to France before it’s too late.