Monologue Blogger has the largest collection of great monologues for actors. Find monologues from plays for auditions, theater training and film. 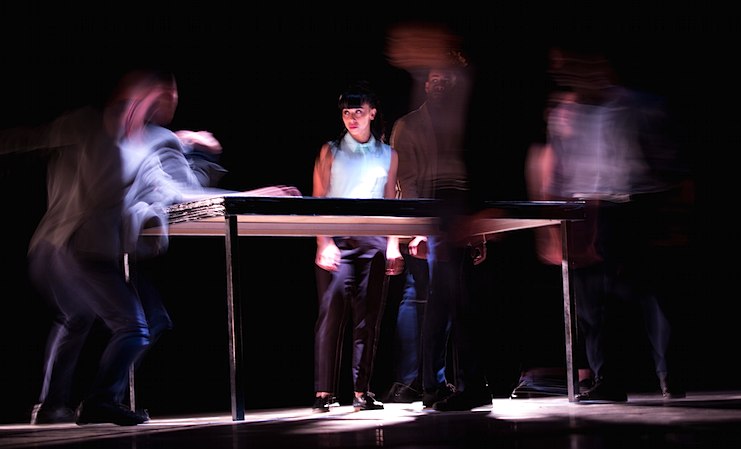 ACTING DIFFERENT
Cassandra and her boyfriend Robert have been dating for quite some time but the issue Cassandra has is that her boyfriend puts on a personality role in front of their friends.

ATTENTION
Michelle confronts her sister for dividing their family with unnecessary drama.

BUBBLE WORLD
Jasmine admits to her cousin that their relationship has been altered and she’s concerned that they won’t ever be close again.

COFFEE TABLE
Melanie is in a psychiatric institution and slips in and out of reality.

DARK PLACE
Jeffrey is an actor who has been institutionalized for insanity after stabbing a theatre director in the neck with a pair of scissors.

DARK SIDE OF MY MOON
Jobe gets darkly competitive but it can lead to him getting in his own way. he confides in his brother for help.

LICK MY WOUNDS
Crystal has been experiencing attitude from her boyfriend and she confronts him head on about his reasons.

MIND TRICK
Sahara tries to make a genuine connection with a new friend but there may be something else hidden at play.

MY SIDE OF THINGS
Clara wants to get on the same page with her sister in order for their family to thrive.

NO COMPARISON
Cordelia opens up about the pressure she feels about being attracted to the same gender.

ONE-WAY CONVERSATION
Bella is a hard working student of the performing arts but her mother thinks otherwise.

PAY ATTENTION
Linda discovers the truth about her boyfriend having an affair with her best friend.

POTATO HEAD
Ronda tries to get her cousin out of the house because she always finds her sitting on the couch watching old films.

PROTECTIVE SHIELD
Rita is trying to break free from her own inhibitions of being a more open and vulnerable person with people.

SHADOWS OF MY MIND
Naomi is depressed and speaks to her Aunt about how she can overcome her emotions.

SLY STATEMENTS
Melanie wants to be treated with respect from her boyfriend, who always seems to make a slick remark that’s uncalled for.

SMILE PRETTY, ALICE
Anita casts all friendliness aside when she bulldozes over her neighbors affair.

THE BEAR
Tiffany doubts the decisions she has made leading up to this moment in her life.

TREAT ME DIFFERENT
Marshall knows he has trouble connecting with his son and does all he can to understand him and support him.

TWO SHADES AWAY
Melanie feels that at some point in her life she made a poor choice in terms of her life’s journey and purpose.

TYPICAL TEEN
Shadira is a talented figure skater but she doesn’t seem to receive any support form anyone in her family.

WASTED TALENT
Donnie lost his best friend due to suicide and he explores the impact this has had on his life.

DARLING FACE
Beverly is losing her mind because she feels trapped inside her home with no friends or family near her.

FRONT ROW SEATS
Joe needs to go to the restroom at the wrong time.

FUNGUS AMONG US
Alexa has reached the point of fear when it comes to her filthy refrigerator thanks to her amazing roommate.

LANDED ON YOUR DOORSTEP
Nothing like living with family, especially when you move in unexpectedly and overstay your welcome by two years.

MEDIUM
Derek refuses to admit that he isn’t a tall man and when his girlfriend tries to tell him the truth he goes further into denial.

PHONE CALLS
Meagan wishes men would stop playing games and be more straight up with their intentions.

RATHER BE A MAN
Kim is so annoyed about the way in which men approach her and wishes they would be more sophisticated.

READY, AIM, AIM
Rose blows up at her boyfriend for never accurately aiming his urine in the bowl when he goes pee pee.

ROAST BEEF MEANS EVERYTHING’S GRAVY
Jerzy gets his with a time bomb that only his father could have given him…news of not taking over the family motel business could mean hardship for his wife and child.

THE LAST M&M SAMURAI
Dan has mercy on the last chocolate peanut in his snack bag and explains his philosophy to his friend.

THERE HE IS
Poor Pete, all he wants to do is be a good employee and receive his paycheck but he has to tolerate his growing frustration with his obnoxious co-worker Andrew.

UNDERWHELM
Wilma has just about given u on anything fun or remotely interesting ever happening in her life.