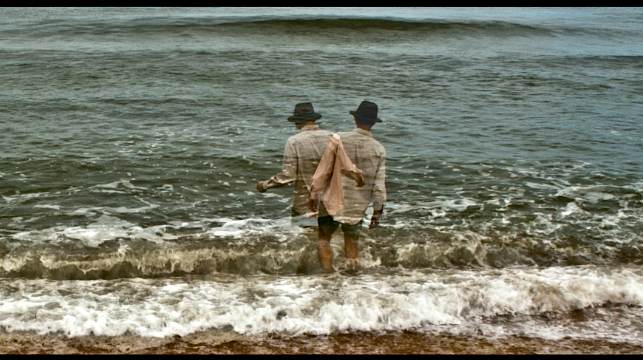 In the short play Lenny, the character Lenny talks to the audience about how his therapist Mrs. Larner has helped him in some ways.

LENNY: I left it there that night, on the side table of her office. Like I’d done every Thursday for the past eight weeks. She wasn’t as useless as I made her feel but she was damn right cold for making me leave that way. I knew it wasn’t all about the money to her but she made it hard for a guy like me to believe it. Another one of them beings that had a way of making a lot less of themselves, who never really care about the traces they leave in your heart or the changes they’ve brought about you. And boy did she change me. All she did was listen, I guess nobody ever listened to a damn thing I’ve ever thought of, without changing the idea or without bringing their own stupid ideas into it all. I got what I needed and I left, with a decision that was pretty much made before the whole eight weeks began. But I’m glad I went through with it anyway, I didn’t mind sitting with Mrs. Larner every Thursday, it was something to look forward to and the more she seemed to oppose my ideas, the more solidified they became. So I walked on down to City Hall that evening and began the process of changing my name. I went through a bunch of diminutive suffixes, choosing something that went with the ring of Mrs. Larner…I liked the ‘er’ sound, it had a nice vigor to it. It only took me several attempts before I went with choosing Winter Turner…I didn’t much like Winter but the Mr. Turner was good enough and the Winter sounded good on its own too, and I went with it. And that was it, the beginning of the end, I was no longer Lenny Brents and glad of it, too. Besides, I think the Brents never came from anywhere either, some old Brent must have done the same thing I did. 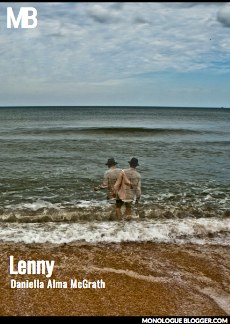 In the one act eplay Lenny, a man searches for his identity and place in the world, with the help of his therapist Mrs. Larner.  1 Woman, 1 Man. Drama/Serio-comedy.